Last night, I heard our owls, and I also heard coyotes. When we leave next year, likely for some urban shithole, I will miss the wildlife. And the trees.

Posts I made to Facebook today: "When you believe that we stand such a crossroads, with America having, at most, another 3 years before the curtain comes crashing down on this democracy, to be replaced by TrumpLand/Far Right fascism and the end of free elections, how does one simply live their life day to day? How do they have the heart remaining to divide their time between such pursuits as fantasy novels and an admittedly 'luxury' science? I do not have that heart, and I am too old and tired and ill to fight. I can think only of escape plans. And if I am judged for this by some future generation that might survive, well, that's just how it goes. Fuck 'em."

"But the best friends of fascism are ignorance, greed, superstition, and our innate tribalism/xenophobia. We simply cannot seen to overcome these things, not at the level of populations. Very few of us even try...or even recognize them as problems. But if we are to survive another century on the planet, well...there's where it gets depressing."

Oh, and one from Twitter: "Can someone remind me why living in 'sexual anarchy' would be a BAD thing? It sounds kinda win-win to me. In fact, it's about the only sorta anarchy I would endorse."

It amuses me mightily how devotees of Twitter think the great evil is Facebook and maybe Instagram, and how Facebook folks look down their virtual noses at Twitter. Though, most everyone older than twelve seems to agree TikTok is evil incarnate. They're not wrong.

Also, I wish I'd stop being asked to appear on "diversity panels," even if they are Zoom. I'm pretty sure no one wants to hear what I have to say, no matter which pronouns I use (they/them/their, and fuck you, Ursula K. Le Guin).

One grain of sand at a time.

Anyway, please have a look at the current eBay auctions. Danke. 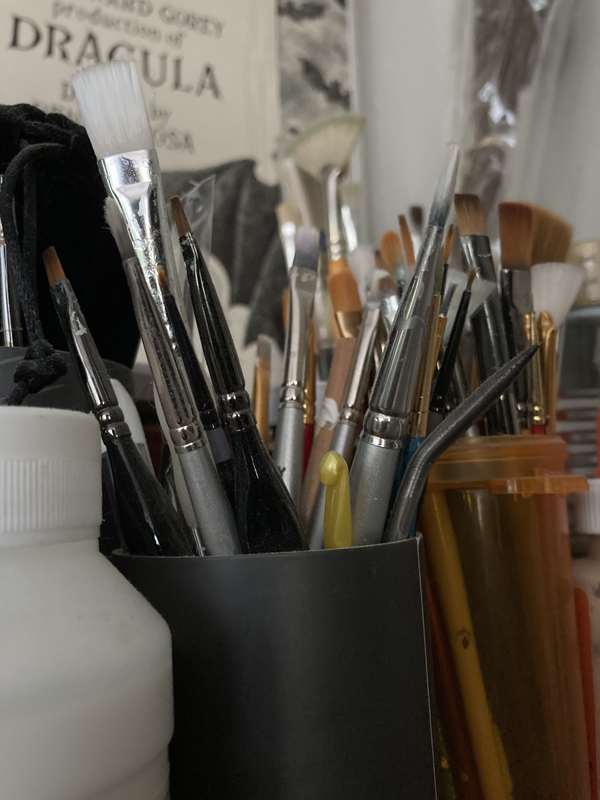