Yeah, so...I honestly did not mean to skip two days. In fact, until just now I thought I'd only skipped one. And yet...two.

Rainy today and overcast. Currently, it's only 79˚F. Our high was 82˚F. We have a flash flood watch.

I really am gonna talk about the writing soon. Both the book I'm trying to start and how I feel about Echo (from The Dreaming) thirty years after I created her. Both those topics are up for discussion. As soon as I spare that much precious focus for the blog (which I know so few people read, so I have to ration the attention it gets).

What else? Well, we saw The Many Saints of Newark last night, and my only criticism is that I want MORE. That was an awful lot to try to accomplish in two hours. And we are now all caught up on Billions, through Season Five. I was sorta sorry to hear that Damian Lewis had left the series, but it is a thoroughly understandable move. The most fascinating thing about the undeniably addictive and compulsively watchable show is how uniformly loathsome are the characters (and the younger, the more loathsome), and yet...I sorta love it. There is an unapologetic truthfulness, free of tiresome moralizing. This is smart descriptive writing, not prescriptive writing. And that is what I myself strive for. Also, we have begun watching The Counterpart, which Chris described to me as "Fringe meets John le Carré," so I had to watch, and of course I got hooked. Frankly, in some ways, it's better than Fringe ever was, more sophisticated, less campy. Lots of TV.

Are you one of those old timers who remembers my "monster doodles"? On and off, I have offered them via eBay, drawn them in people's books, and so forth, going way back into the 1990s. Well, Spooky got the idea of rounding up some of the best of the hundreds lying about, and she's taken my black and white doodles and put them into living color. Soon, they will be available in her Red Bubble shop on everything from stickers to T-shirts. For example, "The Ugliest Cat in the World," which I drew waaaaaaay back in 2004 and which was sold to Robin Hazen, who is kindly allowing us to use it for this. Here's a link to the monster doodle collection thus far, ink by me, color by Spooky. Also, in Spooky's Etsy shop, the last remaining eight copies of the sold-out trade edition of The Variegated Alphabet, if you should be so inclined.

Part of yesterday was spent digging through my old notebooks, going back to 1992, looking at all the old doodles.

And there's the usual eBay auctions. Thanks, because the taxman cometh.

And I think that's all I have for you now. I'll be back tomorrow. 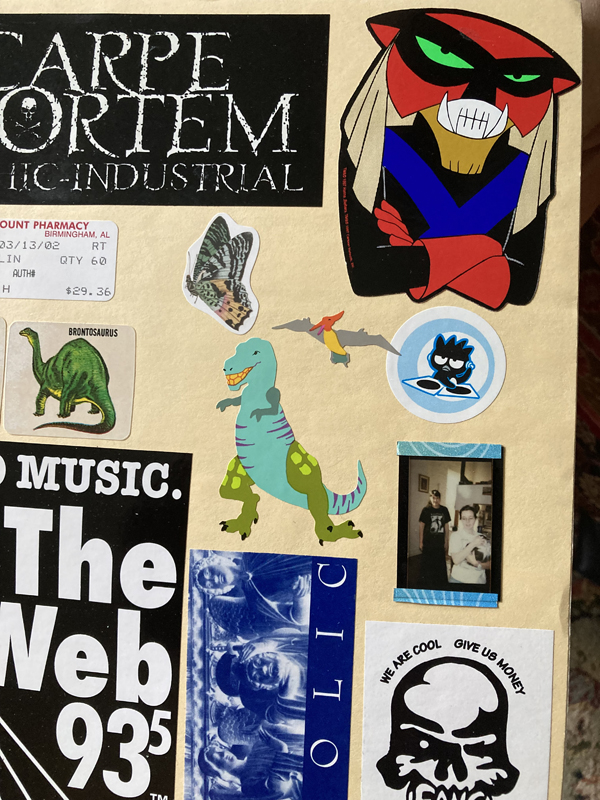