Yeah, so anyway…mostly cloudy today. It is currently a rather cool 80˚F.

My day was not exactly productive. I think I am struggling with two much dread about things that could happen tomorrow and things that could happen on September 18th. Things that could make this bad situation so much worse. And if American history since 2016 has taught us nothing, it's that thing can always (and usually will) get worse. It is almost impossible to believe that it has been twenty years since 9/11. Kathryn and I were living in a horrid little apartment in downtown Atlanta, where I only managed to write one story.

I was thinking today about everything I have lost because of COVID-19. No, Kathryn and I have not gotten ill. My mother and sister are well. But I lost so much. Just for example, our planned trip in September 2020 to Rhode Island to see Kathryn's parents, during which I was also supposed to visit to Peabody Museum collection at Yale. Research trips to Chicago, Dallas, and Lawrence, Kansas. Hundreds of days at the lab. My health has declined substantially, and it wasn't great to start with. But I have done precious little but sit on my ass, inside the house, since March 2020. And the depression makes the motivation to do any sort of exercise pretty much out of the question (not that we have room for any sort of exercise equipment). My teeth are worse than ever, and there's no way I'm seeing a dentist until this is over or we're in a saner part of the country. And you know, I'm gonna stop there.

But it is very, very personal, and for the assholes out there who have implied otherwise, self isolation is not a long, lazy vacation. It's a nightmare of boredom and disintegration.

Enough of this shit. I'm one of the lucky ones, right?

I did get to talk to Jun for about an hour this afternoon.

Last night we finished Season Two of Showtime's City on a Hill, and it is really very, very good. I think it's the first time I've ever loved Kevin Bacon in anything. Then we watched an episode of this bullshit series J.J. Abrams has done about UFOs, which is a lot worse than I expected, and I knew it would be bad. And the we began watching Billions, which, amazingly, we have never tried.

Please have a look at the current eBay auctions. Hermits at the end of time have to pay their rent, it seems. 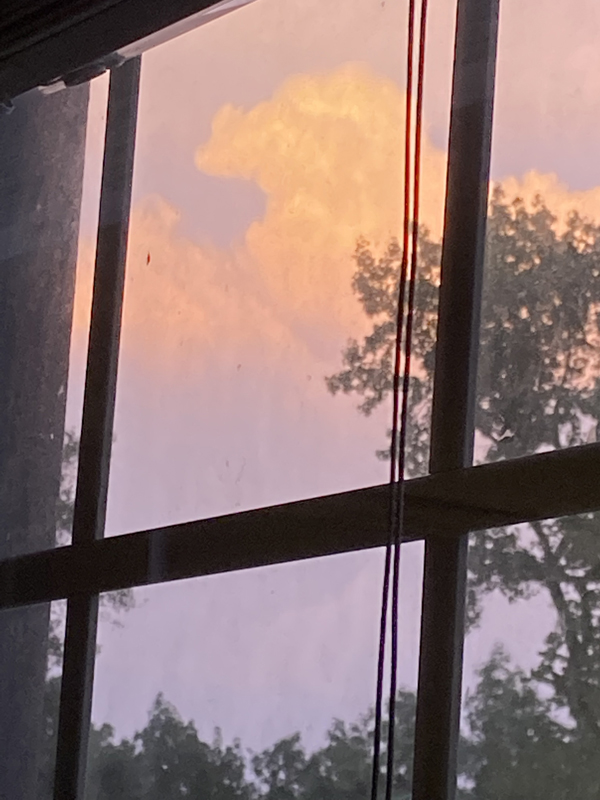