Rain most of the day. Rain and thunder and flash flood warnings. Monotony is setting in. Our high was only 81˚F.

I did not get a lot of work done today.

The day's comfort movie was Blade Runner 2049, and it was not very comforting.

The new round of COVID-19 fear and frustration is shutting me down. Back in April and May, when we were vaccinated, I had a brief period of optimism when I thought we really were nearing the end of this nightmare. But I entirely underestimated the degree to which Americans would refuse to take the vaccine. I underestimated the degree to which insanely irresponsible government officials, mostly at the state level, would encourage their refusal. I am embarrassed at the degree to which I underestimated these things. I know full well how bad science education is in America, and I know, too, how much damage the antivaxxers and Trump and QAnon, by Russian and Chinese and North Koreans hackers, and by conspiracy promulgators like FoxNews and InfoWars had done. I should have seen this coming. But I was exhausted after about thirteen grueling months of hardcore self isolation. And now, here I am, fully vaccinated and in month sixteen of self isolation. Since July 4th, cases resulting in hospitalization in Alabama have more than doubled, and the new sick are overwhelmingly unvaccinated. We're back to April's case load, and everything points to "a no end in sight" scenario for this present increase. It's the same sort of surge we saw last summer, only this time it could have been fucking prevented. Only 33.73% of our population is vaccinated, barely more than a third. We remain the least vaccinated state in America, and that's not likely to change anytime soon.

But we see this all over America. We see this all over the world. It is as if some biopsychological/cultural suicide trigger has been pulled and humanity is determined to do itself as much damage as possible. Yesterday I thought of something Rust Cohle said in Season One of True Detective:

I think human consciousness is a tragic misstep in evolution. We became too self-aware. Nature created an aspect of nature separate from itself. We are creatures that should not exist by natural law. We are things that labor under the illusion of having a self, this accretion of sensory experience and feelings, programmed with total assurance that we are each somebody, when in fact everybody's nobody. I think the honorable thing for our species to do is to deny our programming. Stop reproducing. Walk hand in hand into extinction. One last midnight, brothers and sisters opting out of a raw deal.

I have not been Outside in (if we count today) nineteen days.

I am so scared and angry and frustrated and depressed that I can only just barely think coherently. So, you will excuse me if I am not writing, if I am blowing deadlines. If I'm not answering your emails. I'm having enough trouble remembering to breathe. 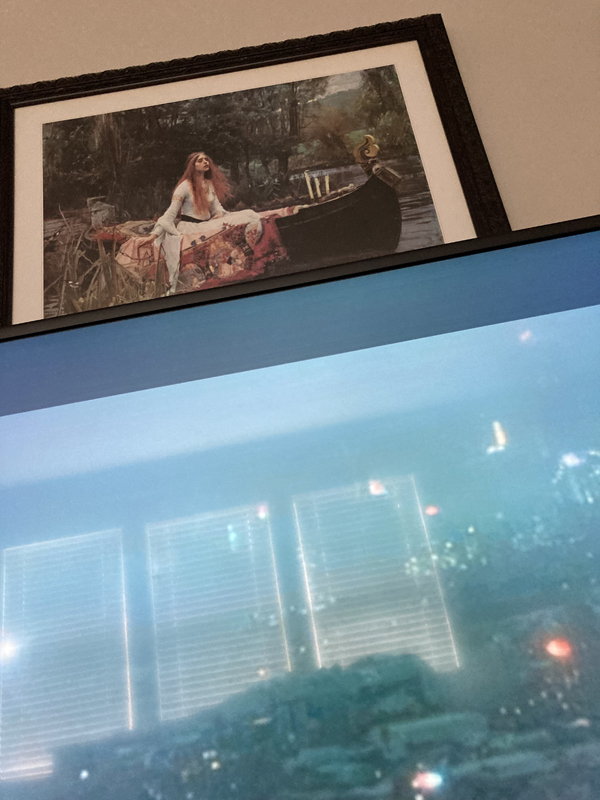