Sun and clouds today. Something for everyone. Thunderstorms late, because it's that time of year, almost regular as clockwork. Our high, before the rain, was 86˚F.

This morning I got up early and proofread "In Utero, In Tenebris," and then in the early afternoon I attended to all the many line edits. I have discovered that now I see to be writing fiction very early in the morning, there are a lot more line edits (which are about the nearest I ever come to drafts/rewrites). But that was all the patience I had for fiction today, so the digest will have to be put together tomorrow. Hopefully subscribers will have the astoundingly belated #172 (May 2020) by tomorrow evening. I rather like this story. Like a dream, it's all middle. Someday maybe someone will realize that why most of my fiction lacks traditional beginning and endings is that I am so inspired and motivated by dreams, which also lack beginnings and endings. To quote Dom Cobb from Inception, "Ariadne, do you remember how we came here? We always find ourselves in middle of the dream."

So, Larry McMurtry died in March, and I only found out this morning. There are not that many living writers whom I truly admire, but he was one. I'm kinda stunned. I guess, when I finish the two books I'm reading at the moment, I'll read Lonesome Dove again. He was a genuine fucking American treasure.

What else about today? I realized I have not left the house since June 20th, and I have not since done anything to remedy that. This is no time to be wandering around outside. It's safer in here. Anyway, I talked to Jun Ebersole at McWane, about 3D printing and the financial woes faced by research scientists. I broke the news to him that I'm going to steer clear of McWane until the delta variant is under control (which may be a long time) and continue to work from home, except when I need to come into the lab to look at something in the collection or use equipment or chemicals I do not have at home. Later on, Mike Polcyn called me and we spent two and a half hours talking mosasaurs. Spooky got a snazzy, futuristic Bluetooth thingamagig that actually allows me to use the phone hands free and hear what the other person is saying, so suddenly I am actually having phone conversations after decades of avoiding them.

Last night, we watched more of War of the Worlds on Epix, all there is of Season Two so far. It's still very good, but Season Two is neither quite as surprising or eerie as Season One. It begins to veer to near the post-apocalyptic landscape of, say, The Walking Dead, even if there are not any zombies. But yes, it's still quite watchable. It just gets a bit more conventional. 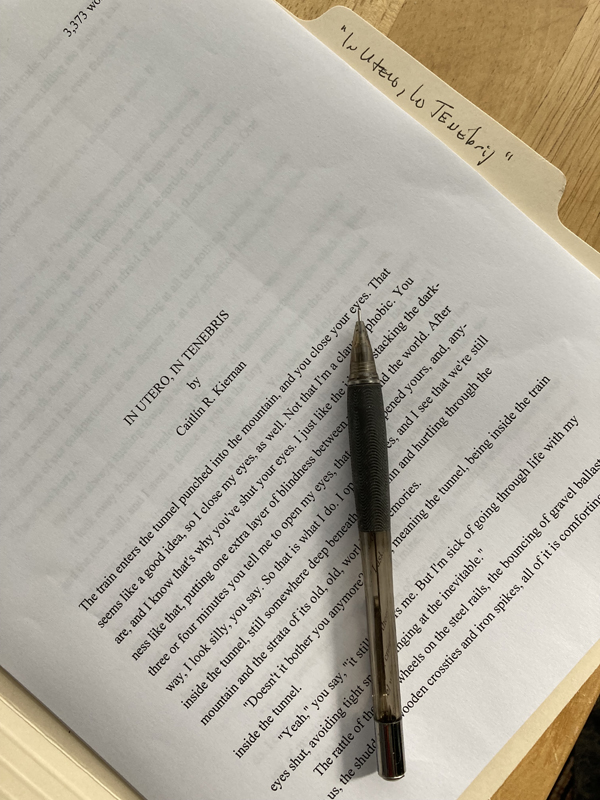