A day teetering on the edge of a shit day, which most of my days are these days. The optimism I briefly felt in April and May, associated with getting my COVID-19 vaccine and the presumption that most everyone else would do likewise, that buoyed my spirits, even after the January 6th attack on the Capitol and the knowledge that Trump's attack on American democracy would continue for at least as long as this walking, talking, eating, shitting threat to national security exists. But all that stingy bit of optimism has dissolved, and now there is only a deeper despair than I felt this time last year.

Sorry. No one wants to hear this shit.

Sunny much of the day. It started raining about half an hour ago. We got a storm late in the day yesterday, as well. It's that time of year. Our high today was 89˚F, with a heat index well over 90˚F. Which is normal.

I got up this morning and did another 1,054 words on "In Utero, In Tenebris." I did some work this afternoon on the latest Pleistocene sample and finished it, after turning up fragments of a carnivore jaw and a few armadillo osteoderms.

I cannot say I was sorry to hear that Lovecraft Country has been canceled.

I promised you a photo of O Mundo Invisivel Entre Nos, so here it is, below. There are a lot of images at Amazon, including some of the amazing interior stuff, so look at that, too. This book is not so much illustrated as illuminated. Oh, and according to Amazon, it was actually published in January 2019. That might be true. It may have simply taken that long for them to get copies to my agent (who sent them to me). 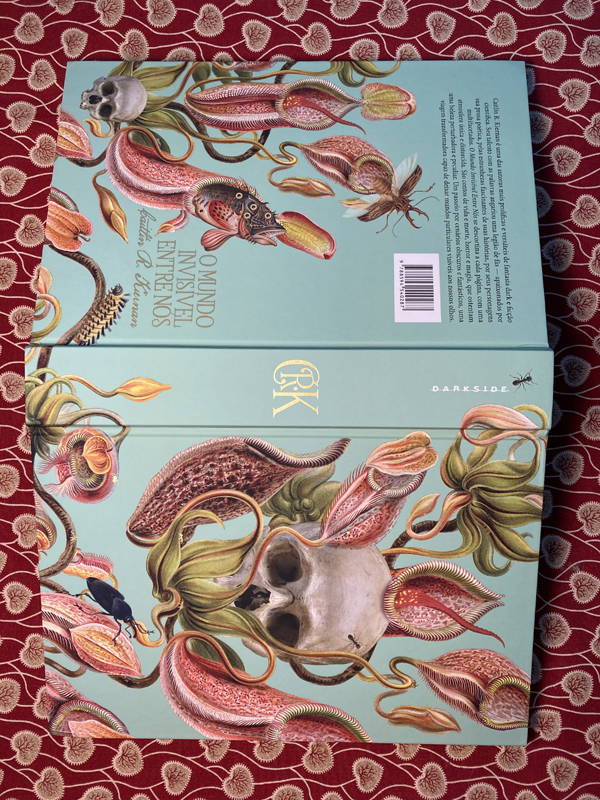