I only slept about four hours.

Spooky went to Record Store Day and stood in the broiling line with the other music nerds. Dogfish Head was handing out free beer.

This morning, I did 1,067 words and finished "Untitled 46." And, by the way, here's how the digest is gonna work this summer, because I have to a) write a novel and b) work of three different paleo' papers. There are still two unaccounted for issues from last year, because of the many months I spent unable to write. "Untitled 46" will be used for the missing Sirenia Digest 173 (June 2020). Which, by the way, will leave only May 2020 left to fill the gap. This summer's three issues will consist of excerpts from the novel in progress. It's being written for Subterranean Press, and Bill Schafer was kind enough to permit me to do this.Yes, in case you have not heard, my next two novels will be released by SubPress; I ma done with NYC publishing for the foreseeable future. But, anyway, I hope you enjoy to excerpts, little appértifs, tastes of what is to come, because there is only so much of me to go around.

Something I posted to Twitter this afternoon: Tyrannical, despotic Putin praises Trump, and, in a sane world, that would be that. All she wrote. The literal kiss of Death. We wouldn't see another Republican president for at *least* another decade. But remember, this is Bizarro World. This is the Upside Down.

Last night's episode of The X-Files was the underwhelming "Shadows," and night before last was the equally underwhelming "The Jersey Devil." I will be glad when we are free of Season One (though it still has a few gems in store).

Did I mention Spooky's upcoming birthday? Are her Amazon wishlist? 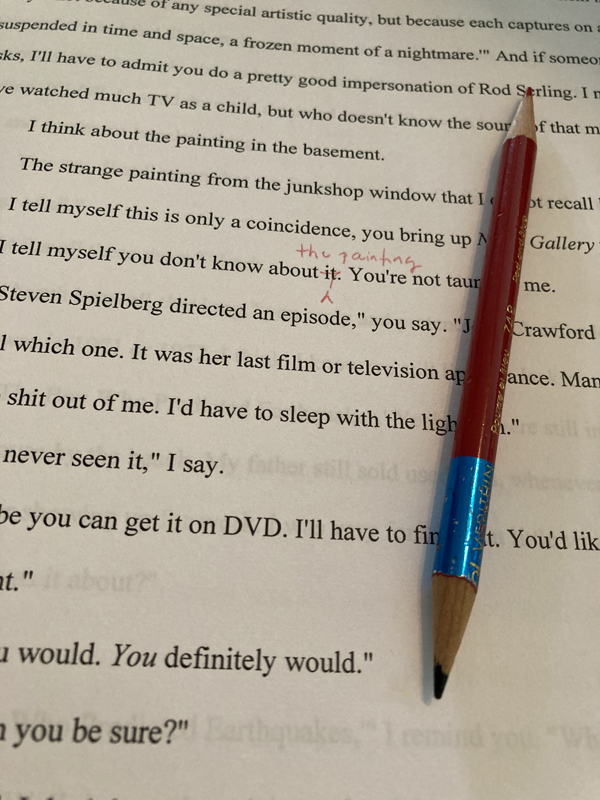