A very good day, and a remarkable day, that I actually cannot got into any real detail about. The weather, well, it was blah. We did get some sun, but also some thunder and lightning, and the high was only 76˚F. Providence is having highs in the 90˚F, and down here it feels like April.

I spent two and a half hours in a delightful conversation with Mike Polcyn at Southern Methodist University in Dallas. Mike is a paleontologist who specializes in mosasaurs, and it has been a very long time since I had such an enjoyable talk. It would have gone on longer, but the battery in my phone was going. Anyway, good things are coming of this, and I will talk about them when I may.

Spooky and are still doing our re-watch on The Big Bang Theory, but we've decided to couple it with a re-watch of The X-Files. Tonight we watched the pilot and second episode (both 1993). Mulder and Scully were such babies, and it made me so nostalgic for the nineties, there at the end of my century.

As I said on Twitter (@auntbeast) yesterday, do not ever say that a taxon is the "Nanotyrannus" of X (where X = any other taxon), because you will surely come to regret it.

So, yeah. It was a good day. Thank you, universe.

Have I mentioned that her birthday is the 24th? Here's a link to her Amazon wishlist, and, remember: She doesn't just have to put up with me, she's the force of Nature than keeps me writing the stories that you read.

Oh, and she plays really weird games, like the one in the photo below. 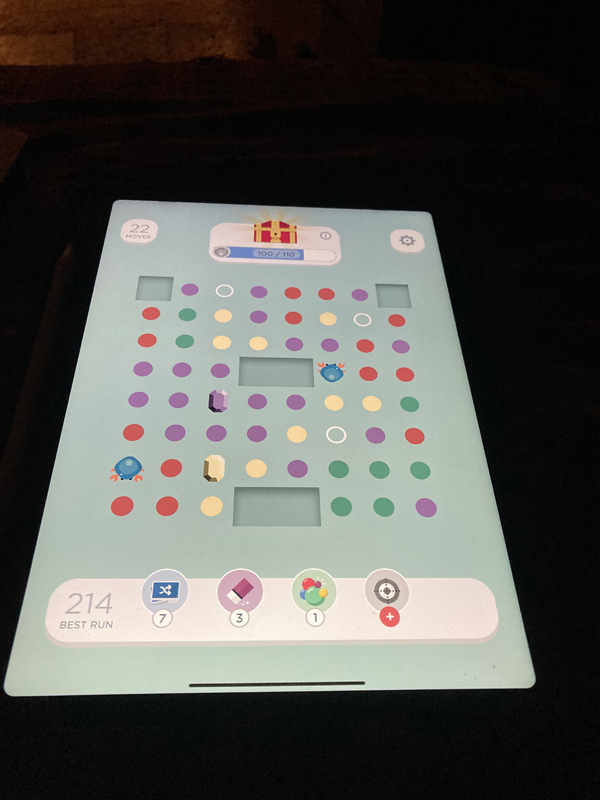