Another cloudy, stormy day. Another day of miserable weather, and we only made it to 76˚F.

I tried to work, but I got very little done.

I was saying to someone today how I grew up during the Cold War, with the omnipresent specter of nuclear apocalypse. Somehow, what is happening in America now is far worse. I long for the seventies and the eighties, when all I feared was fire. It would have been a more merciful ending. It certainly would have been a cleaner ending.

I have utterly blown the feedback I'm supposed to be giving Vince Locke on the illustrations for Vile Affections, and I want to publicly apologize to him. Most days, I'm almost too depressed to get out of bed (but only almost, because inactivity would be the very end of me), and I'm letting a lot of important stuff fall by the wayside.

Enough of this. Have some sloth poop. Sloth poop sorta sums up the day. Candy-coated sloth poop. 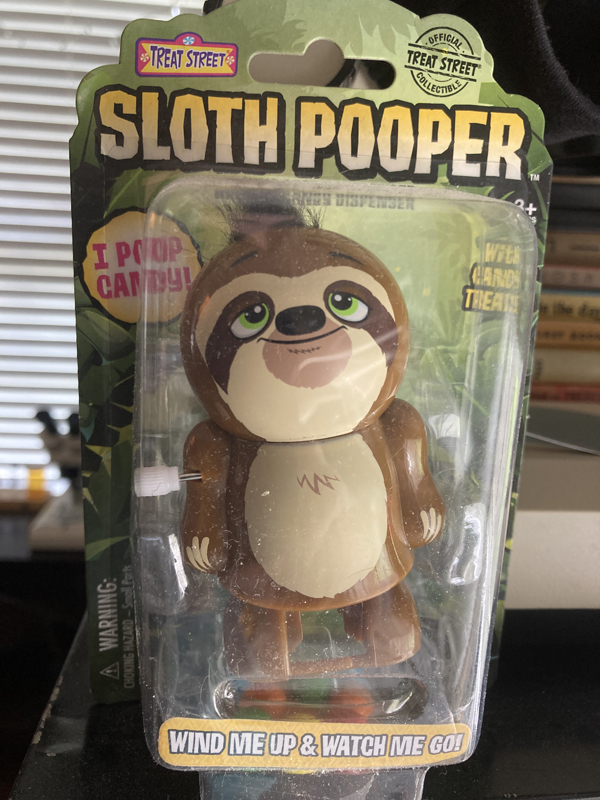