It's a lot harder than I imagined it would be, getting the LJ working again as a going, day-to-day concern. I almost let it lay fallow too long, I think.

I have let me lay fallow too long.

If you're wondering what I have in the pipe with Subterranean Press (and that seems as relevant as anything), they will soon be releasing all seven of my primers collected in a single volume, titled The Variegated Alphabet and illustrated by the magnificent John Kenn Mortensen. Unfortunately for anyone reading this who has not preordered to book, it is now 100% sold out. Sorry. But there's also my next short-story collection in the pipe, Vile Affections, which I think will be out later this year. It will be illustrated by Vince Locke, with a cover by Ray Troll, and SubPress has not yet begun taking preorders for it, but I'll let you know when they do. Also, and I think it's okay for me to mention this, SubPress will be releasing a new edition of From Weird and Distant Shores, which was originally published in 2002. I have precious few details on that one so far. In fact, the contract has not yet been signed. And there's other stuff, but that's good for now, right?

Just before I got Shot 1 on March 27th, I calculated how much time I'd spent Outside since my self-isolation began on or about March 16th. The best I could come up with was ~20 hours all told in more than a year. And about 70% of that has consisted of visits to my doctor's office, which is only a couple of miles away. Other than that, there was a short trip to my mom's in Leeds on July 9th. I rarely step foot out the door. And now I have to turn that around and push back my fear of open space and people and the wide carnivorous sky and become a functional human being again.

During self-isolation, I have lost more than twenty pounds, and I was skinny to start with.

But Kathryn and I had saved a lot of money on food, because we cut out all takeout and fast food and deli and whatever, any food prepared by anyone but us. I really, really, really miss fast food.

My work on Winifred the tylosaur continues, along with work on Cretaceous turtles and a couple of Pleistocene cave faunas, thanks to Jun at McWane making sure I had everything (mostly) that I've need brought to me at home.

You know, that's enough for now. Here, have a squirrel. 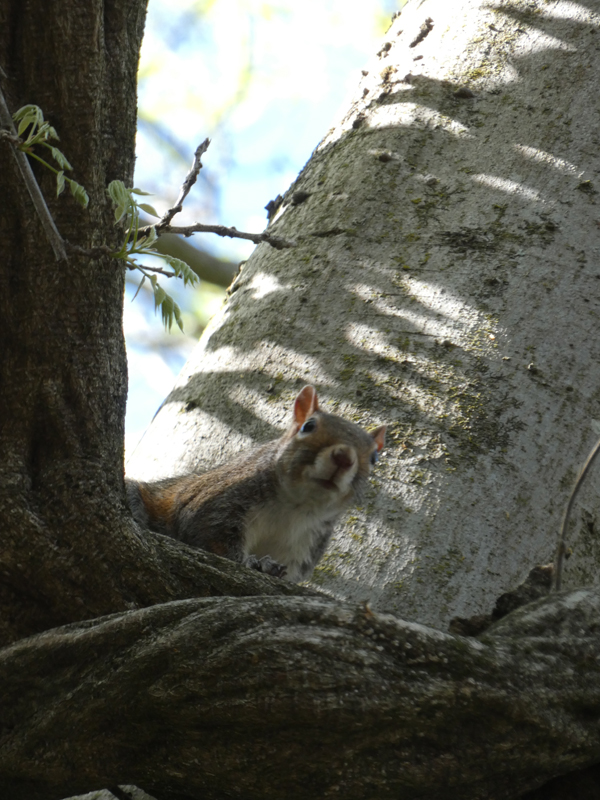