Another scorcher, as they are wont to say. After only sleeping about three hours, I got up at 8:00 a.m. and it was already in the low eighties. We hit 99˚F, with the heat index just a few hours later. Late in the day there were thunderstorms that broke the fever, and now it's only 79˚F.

Over the last year, and I think especially over the last couple of months, I truly have begun feeling my age (as they are also wont to say), and I don't like it. Was I time I could miss a night's sleep and sail right through the next day, pretty as you please. Today I felt like I'd been run over by a truck.

I ate ramen with a fried egg for breakfast, and a tuna sandwich with guacamole for dinner. There was a package of zebra cakes in the middle somewhere, and a peach-flavored Red Bull.

I went downstairs a little while ago with Spooky and stood in the night.

We're watching The Americans from the beginning, because for some reason we stopped watching halfway through Season Two when it was airing. I have no idea why. Anyway, if I'd had this show in the 1980s, I'd have been even more afraid of communism than I was. 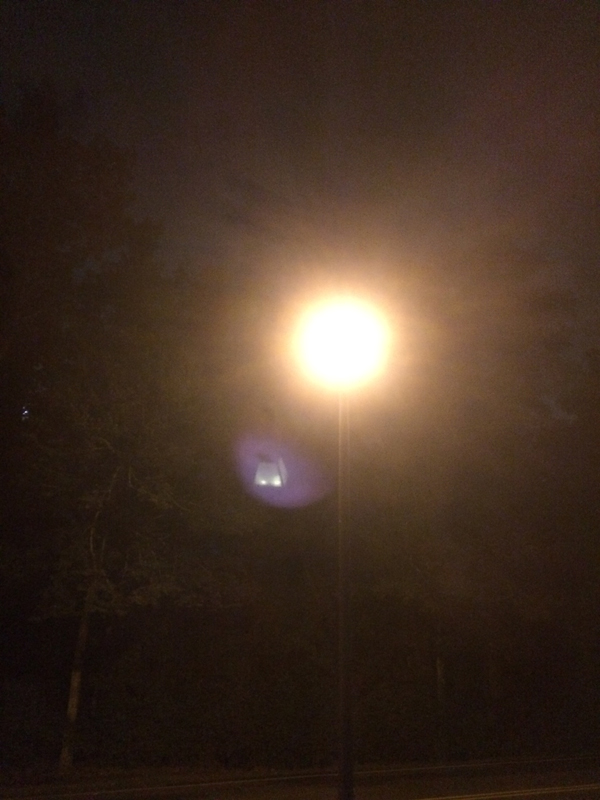