If I owe you an email, apologies. Yesterday was a motherfucking train wreck inside my head (but not a literal train wreck, because my head's not that big), and then I slept less than four hours last night was was sick with sleep deprivation all today. God, I miss the days when I could stay out all night, come home at dawn, sleep three hours, wash, repeat. That was only twenty-three years or so ago now. Anyway, I'll get to email tomorrow, promise.

So, nothing to be said for today. I was too ill to even be anxious and depressed and scared. I was hardly able to maintain a solid state.

Sunny, but lots of huge, beautiful clouds today. I kept thinking there would be a thunderstorm, but it never materialized. Very low humidity, so even with the heat index we only reached 90˚F. Which is a respectable enough early-mid-June temperature. Currently, it's 77˚F.

We're in Season Two of Mrs. Maisel now. Season Two is my favorite season so far. I think this is the fifth time we've watched it. 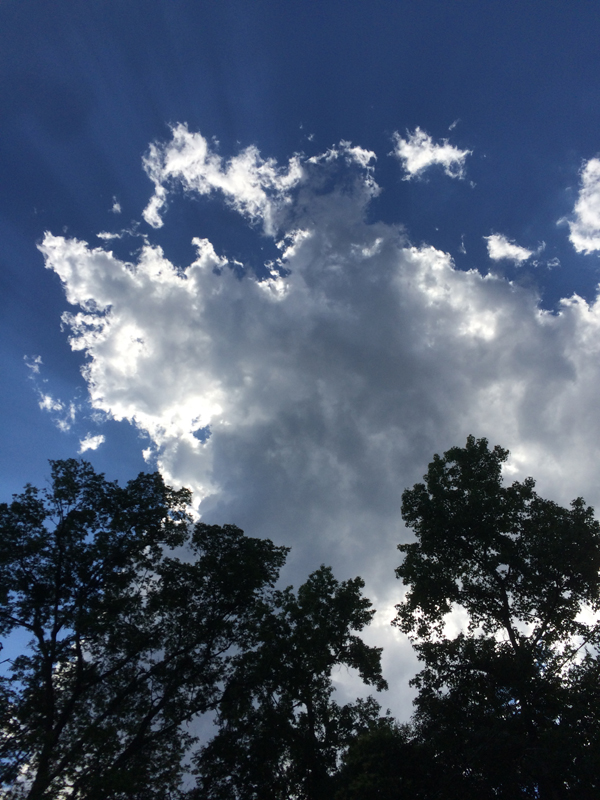