A sunny early summer day, without the expected thunderstorms. We reached 90˚F, with the heat index at 91˚F. Currently it's 75˚F.

Today was not the day I got back to work. And it won't be tomorrow, and likely not Tuesday (my birthday), but maybe it will be Wednesday.

Pursuant to the "not writing, not working" problem, I posted the following to Facebook this evening:

I'm having a great deal of difficulty these days performing the most basic day-to-day functions that any working author with no other source of income HAS to perform. If you read my blog, you know this. But it just sort of hit me, like a pile of bricks. Never mind that I can't write. A publisher or editor makes a simple or a relatively simple request, and I let it sit for weeks before I finally force myself to deal with it. I've supported myself as an author since 1995, but this is the hardest it has ever been to motivate myself to do the job...and it has often been hard.

Which kinda speaks for itself.

We had a walk today around the building. I found a very, very old tin solder that the last thunderstorm had washed from the earth. It was missing both legs below the knees. The costume on it looks WWI or WWII. This building has stood since 1933. It could certainly be either. I wonder how long it lay there? Later, we finished the latest re-watch of Season 1 of Twin Peaks. And this morning I finished my latest re-reading of William Kennedy's Ironweed. I then began the second book in his Albany trilogy, Billy Phelan's Greatest Game.

That toy soldier, though. How long ago was it lost? In what decade? To what child? And is that child long since dead or are they still alive and, if so, how old? 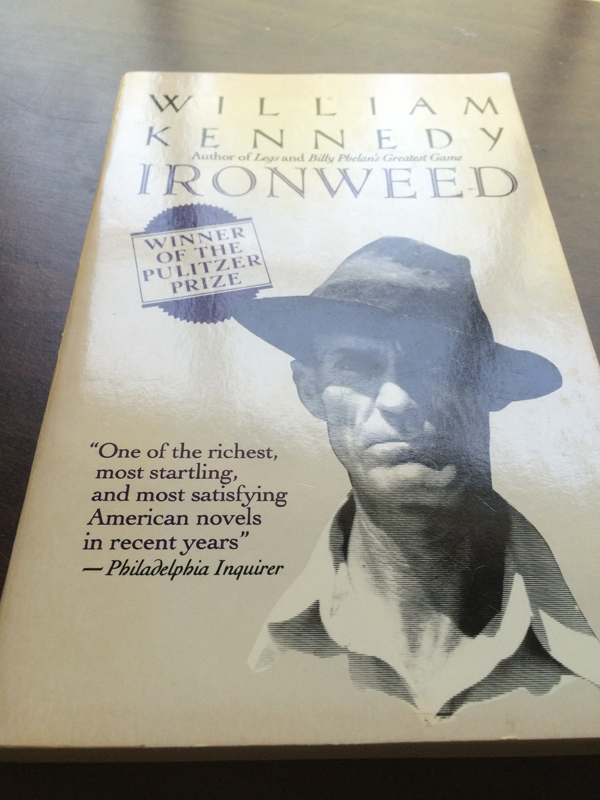