I'd not really planned to take a two day break from the journal. I just abruptly discovered on Tuesday night that I needed to step away for a bit. But I'm back now. I will not, however, be continuing my nightly listing of the number of confirmed Covid-19 cases in the state. I don't need to be doing that. If you want those figures, go to the website of the Alabama Department of Public Health, which is where I was getting all my data.

Things in here in Alabama are, depending where in the state you are, a little better or somewhat worse. Birmingham, we've flattened the curve and have a mandatory mask order in effect (violators are subject to a $500 fine, etc.). But way down in Mobile County, the numbers are going higher and higher. Here's what I said on Facebook on Tuesday, after watching Governor Kay Ivey's press conference, in which it was determined we would begin to take the earliest tentative steps to getting the economy up and running again: I just watched Governor Ivey's press conference, and I was, generally, pleased with her plan for gradually restarting the economy of Alabama. It is a much more conservative approach that I'd expected. I might not agree with all her political views, but, looking at the fucking idiots running Florida and Georgia, right now I feel pretty lucky to have Kay Ivey as our governor.

The weather's warming towards actual May time temperatures, which is good given that May starts in about 45 minutes. Today was only 70˚F, and it's currently 54˚F. But next week we'll see decent eighties.

Wednesday was the third anniversary of Hubero's death.

We started watching Picard this afternoon, and I'm really, really loving it. In some ways, it feels like the most adult iteration of Star Trek yet. And I think most else I have to say tonight I will say in the form of quotes from my Facebook posts today:

Astoundingly, mine and Kathryn's stimulus checks arrived simultaneously today. I'd not expected mine until the autumn (reasons).

So, there's something I've been getting around to saying for about three years now, and I've finally come to that moment when I feel I ought to get it over with. I no longer consider myself transgender (or transsexual). I would say that I'm gender fluid, if I had to say anything. If the options that are now available to young people had been available to me when I was in my twenties (the eighties), I would likely never have thought of myself as trans, and I likely wouldn't have transitioned. But when I began seeing psychiatrists, there was not some non-binary diagnostic option (and many of us did turn to psychiatrists over gender, sex, and sexual orientation back then). It was all pretty black and white. For better or worse, I chose the box that best described me. There's nothing intentionally political in this statement. I don't necessarily mean it as a show of solidarity with anyone or any group. It comes with absolutely no political agenda attached. It's personal. It's just who I am, and I'm only really making it public because Wikipedia (and other places) list me as being something I probably never have been. It's also in no way meant as any sort of slight to transgender people. Not in the least. It's just I understand much more about myself than I did in, say, 1985, and I'd like to set the record straight. I prefer gender fluid because it changes from day to day, sometimes hour to hour. If you want to keep thinking of me as "she," I will not be offended. If you decide to think me as "him," then fine, I won't be offended. But the pronouns I prefer, for what it's worth, are they, them, and their. Anyway, I know this will seem weird to some people, but it needed saying, and I'm tired of being scared to say it.

Last night, someone pointed out that I'm very near to becoming Merricat Blackwood. At least I have not yet poisoned my family. 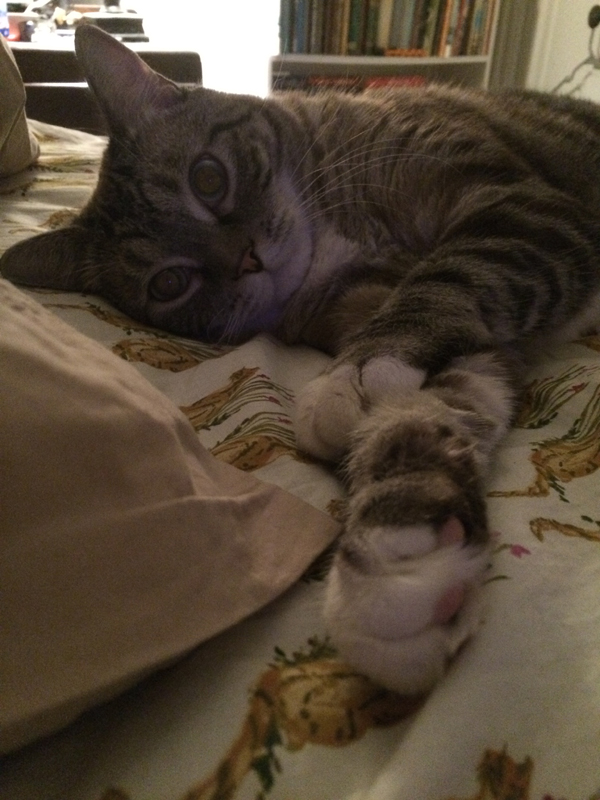