I didn't make this entry last night because I was too tired, and here I am tonight, too tired again. But I'm getting something down.

A sunny day in Birmingham, but the warmth is still keeping it's distance. Currently, it's 51˚F.

Toady, I tried to work on addressing Jun's notes on the glyptosaur paper, but I wound up going in stupid little circles chasing the most minute of facts. I spent an entire hour, I kid you not, trying to determine the author/s of the mammalian species Protomus deimos...and never did. It was that sort of day.

Yesterday, though, was a little more productive. We got my Aunt Joanne's writing desk put back together in my office, where I hope I can prove myself worthy of it. I bought my first desk in the autumn 1993 not far from here, in Homewood. I used it until April 2, 2007 in Atlanta, when I bought the desk that I used until yesterday afternoon (and it has been, literally, falling apart for several years). That's two over the course of 26.5 years. I expect thus third one to be the last I will ever need.

Yesterday was the three-year anniversary of the Hair Cut.

Yeah, I'm having trouble finishing sentences. I'm gonna go lie back down. I gotta be awake enough for McWane tomorrow. 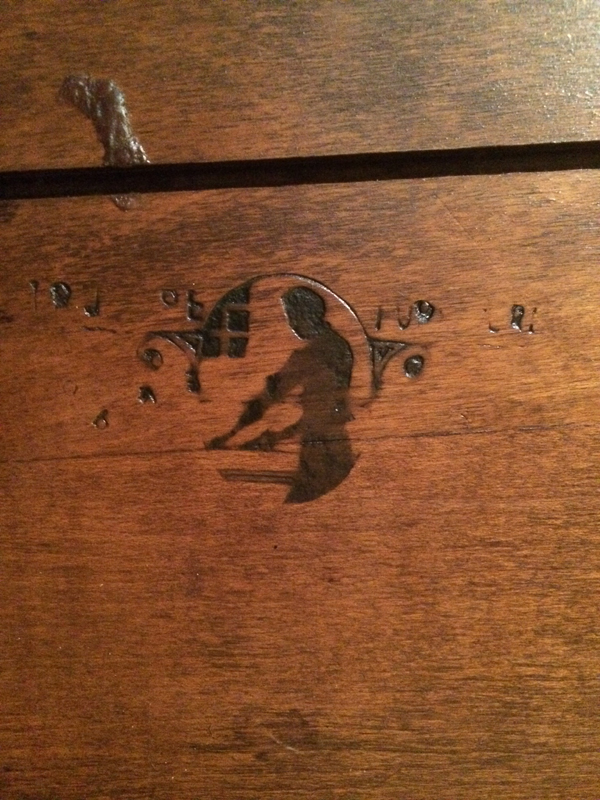