Yeah...so...I'm at least as tired today as I was last night. And yesterday I didn't even have to make sandbags. Really, you'd have thought the lab at McWane was about to be hit by an overflowing river, all the sandbags. That said, currently, it's 45˚F, with a windchill of 40˚F.

A good day at McWane. I "finished" Winifred's left quadrate (and that only took me since October 31st), plus all that other stuff. Plus sandbags. I was sternly admonished for having so little upper body strength, and rightly so. But the cool thing was getting back to work with the air-scribe rig that is the very same one that once belonged to the Red Mountain Museum, and which I used last in June 1986, right before heading off the Boulder, Colorado. The pneumatic lines had to be replaced, and some of the hydraulics, but it's the same machine, otherwise. So, that was today, and there's a photo of the quadrate below, in posterior view (Winifred on the left, RMM 3391, and Jada's juvenile tylosaur on the right, RMM 1574, for size comparison). It occurs to me these would be far more interesting images if I'd taken the time to arrange the bones on their ride side, so they would be displayed in medial view. Maybe I'll do a second set. But it won't be soon, because today was my last day at McWane until January 8th, after the holidays.

Which means I have a lot of writing to do.

Tonight, we first watched Matt Bettinelli-Olpin and Tyler Gillett's Ready or Not (2019), and it was delightful. Truly and entirely. You need to see this film. It stars Samara Weaving, who's a dead ringer for the lovechild of Anne Hathaway and Margot Robbie, except that she's actually Hugo Weaving's niece. And then we watched Tales of the Rat Fink (2006), Ron Mann's documentary about Ed "Big Daddy" Roth, and then we watched the first Christmas episode of That 70s Show.

And that was today. 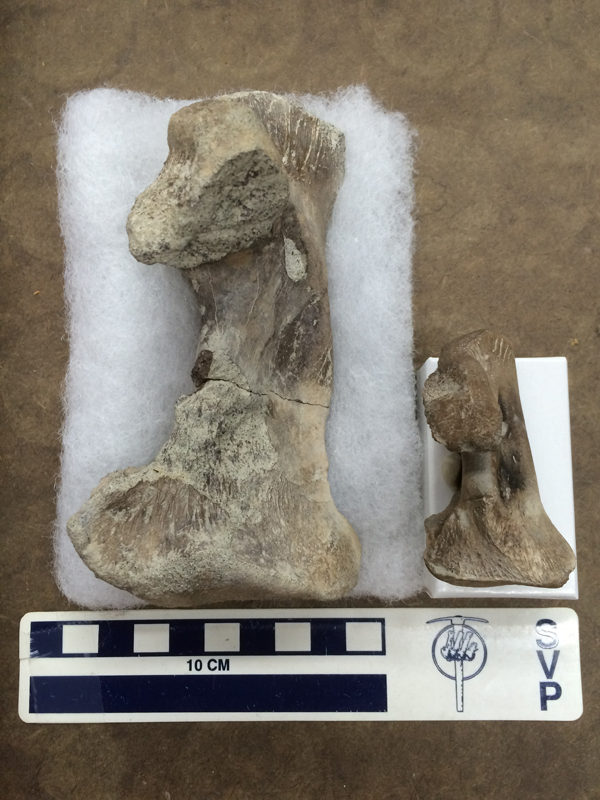