Today was our second nice day in a row here, but I was in the lab all day, so...and now it's gonna rain until the middle of next week. Alabama doesn't so much have a winter as a rainy season. Currently, it's 46˚F. The high today was 65˚F.

So, yeah. I was at McWane again today. The left quadrate of Winifred in almost clean. After this element is done, I'll be moving on to the material still in the plaster field jacket, which means I'll be moving from manual preparation to the air scribe, which I hope means things will move along a little faster. In "normal" Mooreville Chalk, manual prep is a breeze, but Winifred came from within the lower ten meters of the formation, where it grades into the Tombigbee Sand Member of the Eutaw Formation, and at that horizon the chalk is full of glauconite (a greenish iron potassium phyllosilicate) that has to be painstakingly picked off with dental tools, sometimes, literally, one granule at a time. And I know this is boring you silly, but I'm too tired right now to care. Oh, and there was stuff today about the turtle paper, which may actually be out within weeks. I found typos in the galleys, because finding other people's typos, when I can rarely see my own, that's my superpower.

Tonight we had spaghetti and watched Part One of Chasing the Moon on American Experience.

And I had these lines from an Iron & Wine song stuck in my head most of the day:

And...here's something I wrote several years ago, and it just keeps getting more and more true:

Yesterday, it occurred to me that I have outlived the context that made sense of my existence. I now exist out of context, like a dodo bird in a cyberpunk story, and it's a terrible way to be. I suppose I'm saying I have become an anachronism. But it seems worse even than that. Anachronism makes it sound dignified, and I feel no dignity in this.

And, on that note, I'm going to bed. I leave you with Saurocephalus, one of my favorite fish in the chalk. 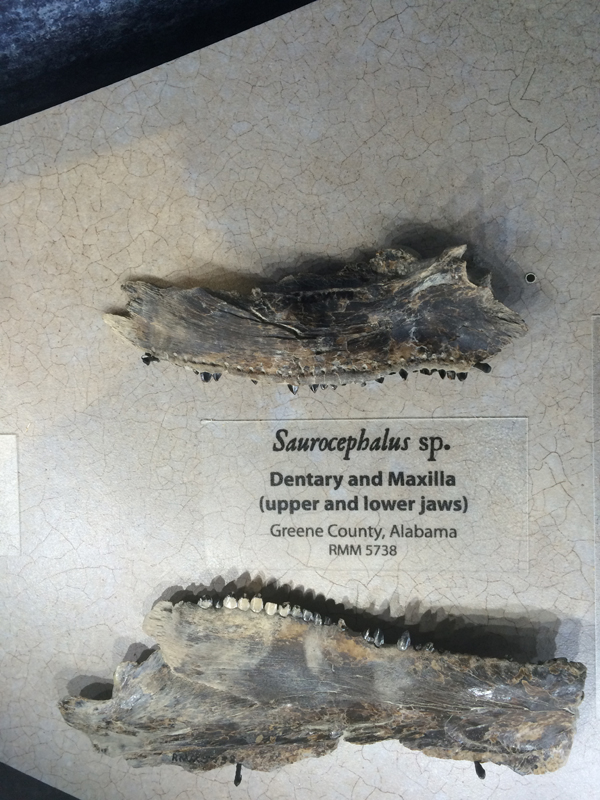