I spent most of it at McWane, working on Winifred the tylosaur. Also, the paper describing a new genus and species of fossil sea turtle that I coauthored with Drew and Jun has been accepted for publication (stay tuned for details), and that was very good news. But then I had to come home from the lab and, after a short nap and dinner, proof the galleys one more time, because the journal wanted a three-day turn around. I'll likely have to proof them again in the morning, before I go back to McWane, because, coffee or no coffee, I was not entirely awake this evening.

But yeah, not an awful day. Though Spooky did tell me that, after 42 years, Charlemagne Records at Five Points South is going out of business at the end of December. Jacked-up rents and declining sales are to blame, say the owners (of 42 years). I first visited Charlemagne in 1978, when I started doing volunteer work at the now long-defunct Red Mountain Museum. I was fourteen, and it was the first time I'd ever been in a real record store. Most of the records I bought in college, and, indeed, most records I bought before I left to live in Athens, Georgia in 1994 were bought from Charlemagne. I cannot imagine Birmingham without it, and, really, with the death of Charlemagne, I think I can say that my Birmingham is pretty much dead. There this new city here shuffling frantically about in the shell of Birmingham, with it's ludicrously priced lofts, app headquarters, micro breweries, and what the hell ever, but it's not Birmingham. And it's surely not Five Points. It hasn't really been Five Points since we lost the Piggly Wiggly and the Woolworth's back in the nineties...okay, you know what? I'm getting angry. I'll say more about Charlemagne Records later. I'll go buy and take a bunch of photos and post them here, to help keep alive the memory. Maybe I'll do that tomorrow afternoon, after McWane.

Last night, we finished our second time all the way through seasons One and Two of Mrs. Maisel, because Season There starts on Friday. Oh, and December 1st was the beginning of Kittypalooza 5, our fifth-annual winter viewing of all eight seasons of That 70s Show.

Next week, I'm going to begin work on a story, maybe a longish one, set in Lovecraft's Dreamlands, maybe with some heavy Dunsany influence. I haven't done that sort of story in some number of years, and I think I'd like to again.

Anyway, this has gotten long. I leave you with this shot of Winifred's plaster tomb (well, her skull) and my work station at the museum. 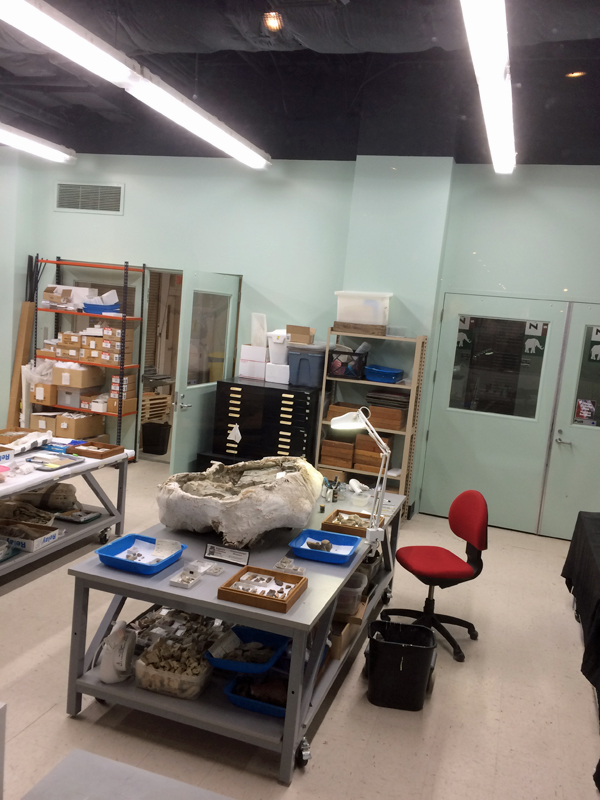