The cold found us today, finally, which is one of the several things that was wrong with today. Currently, it's 39˚F, 33˚F with the windchill, and we're told the low will be 31˚F, which is better than when they were saying the low would be 28˚F.

I didn't get any work done today, unless you want to count me helping Spooky get boxes of signature sheets ready for the post office. But she's the one who actually took them, so....

I finished Larry McMurtry's The Last Kind Words Saloon and then began reading Stephen King's Doctor Sleep. This is the first time I've tried to read a Stephen King novel that I have not previously read since Gerald's Game came out in 1992. Some of you were not yet even born. We'll see how it goes. 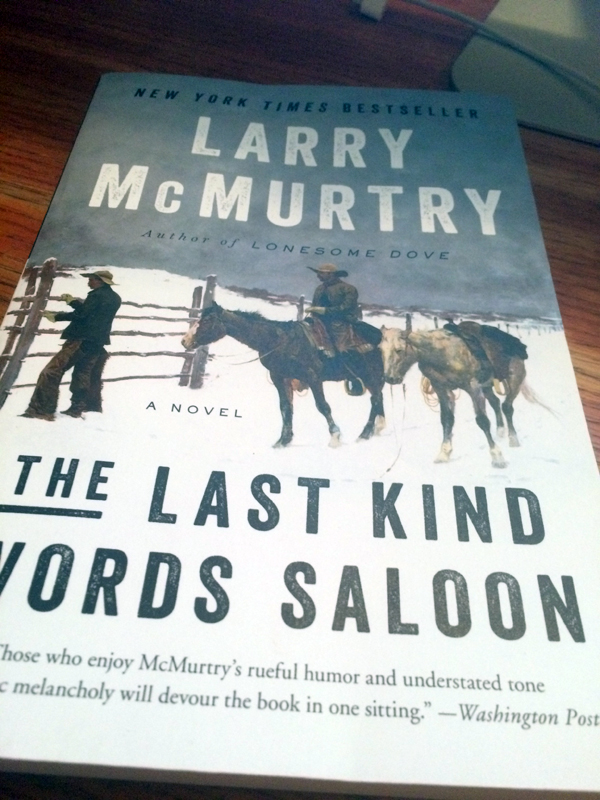