Sunny today, until it turned cloudy. Currently, it's 62˚F.

Also, I finished my rereading of The Shining and began Larry McMurtry's The Last Kind Words Saloon. Reading The Shining (from the same copy of the book I first read, by the way, way back in either 1981 or 1982), it's a very frustrating thing. Were I to list the six greatest haunted house stories ever, they would be (unranked) The Haunting of Hill House, The Turn of Screw, House of Leaves, The House Next Door, "The Fall of the House of Usher," and The Shining. I think it's that good. But I also think it might be the best novel Stephen King has ever written, and it was published in 1977. There are places where it stumbles a little. It doesn't know that less is usually more and that sometimes we should neither tell nor show, but merely suggest. And it's a shame that it breaks the splendid claustrophobia of the Overlook to get Dick Hallorann from Florida to Colorado (though I adore the character of Dick Hallorann). Too often the prose tumbles into histrionics. But, all these things aside, it's a really fucking good book.*

Maybe tonight I will sleep.

* I have never written a novel as good as The Shining. 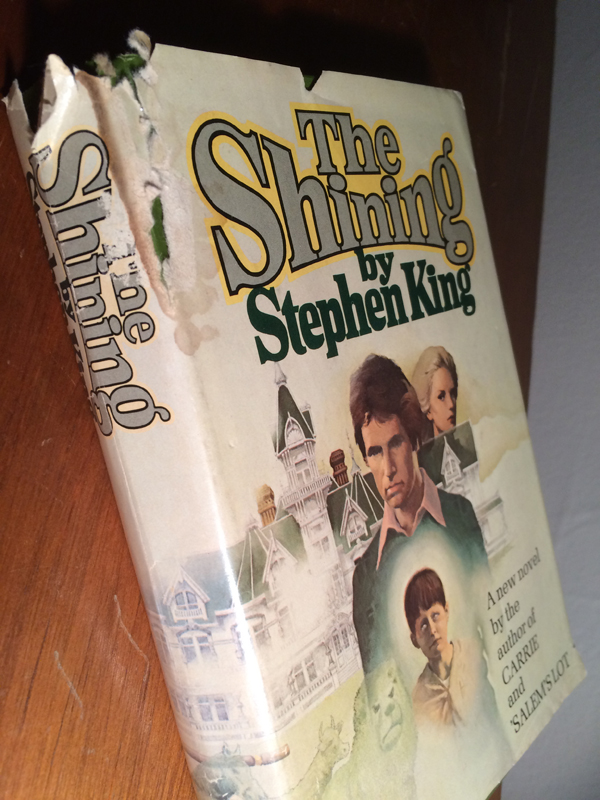