It took some time, but the cloudy morning became a sunny day. Currently, it's 52˚F, with the windchill at 50˚F.

Today, I wrote another 1,327 words on "Mercy Brown," which will be featured in Sirenia Digest #165 later this month.

On this day in 2001, I began my online journal, over at Blogger (and made the move to LJ exclusively in, I think, 2005). Originally, the journal was meant only to chronicle the writing of Low Red Moon. But the book only required about eight months to write, and the journal just kept going. As of today, it's old enough to drink. And vote. And I am an entirely different person than I was that day in November 2001.

Also, I usually cite today as the beginning of Jethro Tull Season, though, technically, it begins the day after Thanksgiving.

I have not left the house since I got home from McWane on the 20th.

And now, something unpleasant, but I want to put it down here so that there's a permanent record. You will recall what I wrote about gender pronouns back on November 21st (Thursday)? Well, it led to some lengthy and mostly civil conversation over on Facebook. Mostly civil. At one point an acquaintance of mine, someone I've known since childhood, made this entirely reasonable comment:

If I use a gender pronoun and the person takes offense, it was because I was going on whatever information I had available. If I call someone sir for example it is because that person looks male to me. I have no way of knowing how they self identify and I certainly do not appreciate being chewed out about it or being accused of being a hater. I can’t help that that person looks male and I didn’t have more information. Does that make sense?

Of course, yes, generally speaking, this makes sense and is how most people will proceed. But that didn't stop someone calling themselves "Heidi Myrtle" from replying with "Kill yourself, idiot."

The remark was deleted sometime today, but, fortunately, not before I took screencaps. Anyway, I reported "H.M." to Facebook and informed them that I had done so. Their response to me?

I won't belabor what happened here. This sort of thing is, I know, all too common. But I will say that it left me feeling sick and very angry, and if you – "Heidi Myrtle" or any of you – expect people to treat you humanely and to respect your wishes, yet you also think "Kill yourself, idiot" has any place in public discussion, it's time to reevaluate your most fundamental ideas of right and wrong. As for my being a traitor, I can only say that I am now and have always been my own person, speaking my ideas, usually arrived at on my own. I am not a mouthpiece for any movement, and if I've let you down in this respect, by a declaration you perceive as being at odds with your expectations of me, this likely only means you weren't paying very close attention to begin with. 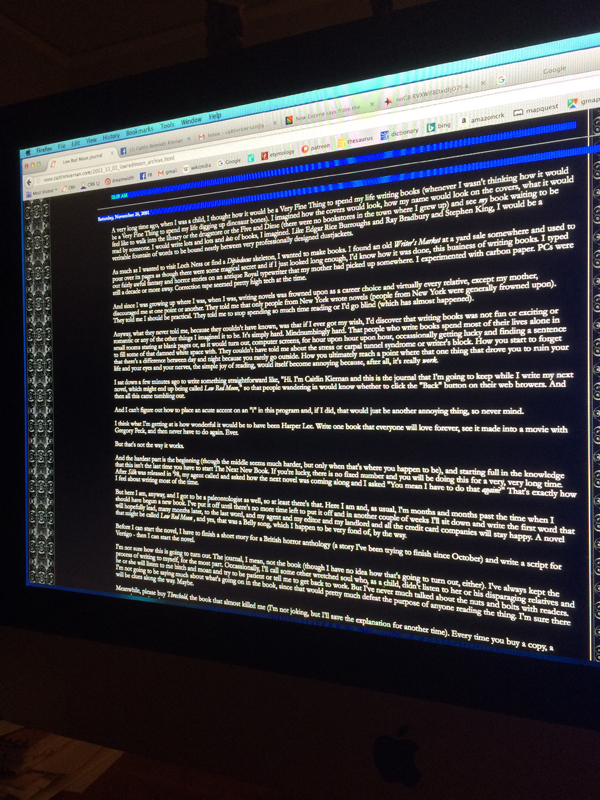