It's currently 63˚F. There was some sun today, but mostly it was overcast.

I began a new story, and I did 1,024 words. The title's "Mercy Brown," though it really isn't going to have anything to do with Mercy Brown.

Yesterday was the 14th anniversary of the first issue of Sirenia Digest, and I'd forgotten until this morning. Anyway....

Last night, we finished the final season of The Man in the High Castle, and the series almost managed to be that extremely rare beast, a good film adaptation of a work by Philip K. Dick. Even though Season Four was rushed, I still thought they were going to manage it. But the last episode was a mess, and the final scene was merely inexplicable. Not in a good way. Inexplicable and silly. I know it was supposedly meant to be "ambiguous," but incomprehensible is nearer the mark. And it's a shame. Still, Rufus Sewell was, as usual, quite good. Tonight we watched Season Two of The End of the Fxxxing World, and it was actually very sweet. As I think I said of the first season, it's sort of like Quentin Tarantino got together with Wes Andersen.

I had two baloney sandwiches again for dinner, but that's okay, because I had fresh tomato on them, and last night I actually had a can of Progresso soup.

Speaking of tomatoes, imagine the alien in John Carpenter's The Thing trying to impersonate a tomato...and see below. 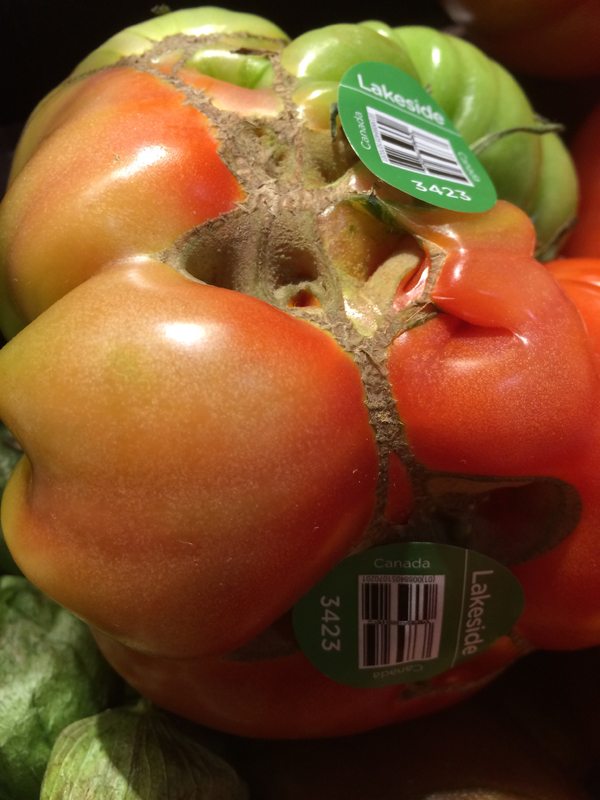