Sunny today, and if only for that it seemed not so cold. Currently, it's 40˚F.

I actually slept until almost 9 a.m. this morning. That hasn't happened in months. I slept eight whole hours.

Today, I wrote ad copy for Comes a Pale Horse, and then I went back to "Refugees" and added a new scene. Because I couldn't get over the feeling that it had ended too abruptly and there was something missing, something before the ending. So, yeah, I added another 1,293+ words. Kathryn says I made it better, and she tends to tell me the truth about these things.

After the writing, we watched two episodes of Nature, "Forest of the Lynx" and "Nature's Biggest Beasts."

Last night, we finished Season One of Castle Rock, and I was absolutely delighted with the series...until the final ten minutes of the last episode. The cast is the best thing the series has going for it. Sissy Spacek was amazing. But...the last ten minutes of that last episode. What an utterly idiotic, lousy excuse for an ending. It came dangerously near to spoiling everything that had come before it, that's how bad it was. That's not what you call "leaving it open for interpretation." That's what you call being a dumbass. Regardless, we started Season Two tonight, and so for it's good. Maybe this time around they'll dodge a dumb ending.

And I don't usually post photos of food, but we had Five Guys for dinner, and, damn, those Cajun fries are tasty. 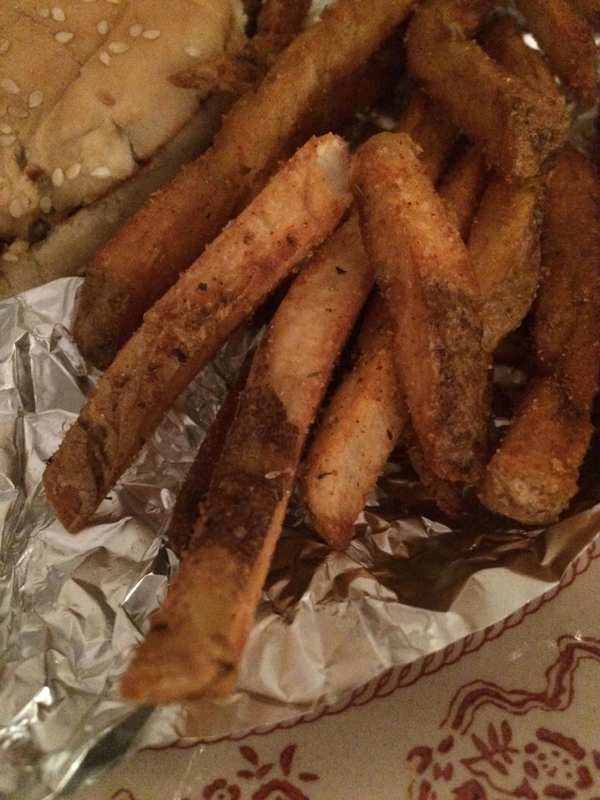