I think I might be awake enough to do an entry. Maybe. Currently, it's 43˚F, with the windchill at 39˚F.

This morning, I was awake at about 6:20 a.m., but made myself stay in bed until 7 a.m. It not like the sun ever really rose today. Anyway, first we took more boxes of books to the storage unit. And then I had to go out to get new boots, and that ate the morning. I hate shopping for clothing, but I especially hate shopping for shoes. After the shoe-shopping, I was at Mcwane from 1:30-6 p.m., and four of those four and a half hours were spent on the lower half (distal end) of Winifred's quadrate. Next week, I work on the upper (proximal) portion of the bone. If I'm lucky, there's only a week and a half left on that one bone, maybe 12-15 hours. Oh, the other half hour of today at McWane? That was me and Drew talking about getting back out in the field this weekend, mud or no mud. Deer season begins on the 23rd and the gullies will be mostly off limits until it's over until early February.

It wasn't really a good day. But the work was good.

But first, I have to deal with all the line edits on the ms. of Comes a Pale Rider tomorrow and send the corrected ms. away to Bill Schafer. And make myself eat dinner (I didn't tonight). And bathe.

Did I mention that I had Kathryn shave my head again? Well, I did. The hair was driving me crazy.

Last night, we started watching Castle Rock on Hulu. As most know, I'm not much of a Stephen King fan, but the series is actually a lot of fun. 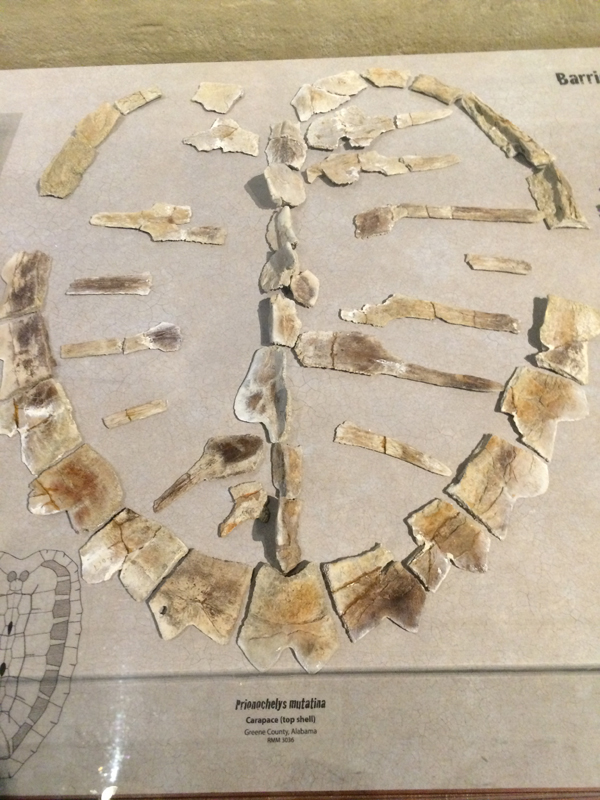