Cold again tonight, though not as cold. We got down to 19˚F last night. That' what it still was when I got up just before sunrise, about 6:45 a.m., and made a note of the temperature at 7:11 a.m.. Most mornings these days I watch the sunrise over Shades Valley. That's not a bad thing, not in and of itself. It's oddly peaceful. Kathryn usually sleeps about an hour later than I do now, and it's quiet. But I do sometimes miss sleeping late, and my, how I have digressed? Anyway, it's currently about 41˚F.

A good day at McWane today. I made Winifred wait while I started preparing the single cervical from the mosasaur we found on Monday, which now has a McWane catalog number, MSC 42404. Winifred has one of the old Red Mountain numbers, RMM 3371, since her discovery and excavation predates the demise of the RMM in 1994 and the arrival of McWane in 1998. I spent about three hours on the cervical, then started feeling guilty for neglecting Winifred and went back to work on that left quadrate. But by then it was late, so I didn't accomplish very much on it today.

Oh, and Bill Schafer sent me Ted Naifeh's illustration for "Refugees," the story that will come as a free hardback chapbook with the limited edition of Comes a Pale Rider.

Tonight, there were new episodes of both The Connors and Shameless, and both were very funny.

And I think it's time for bed. 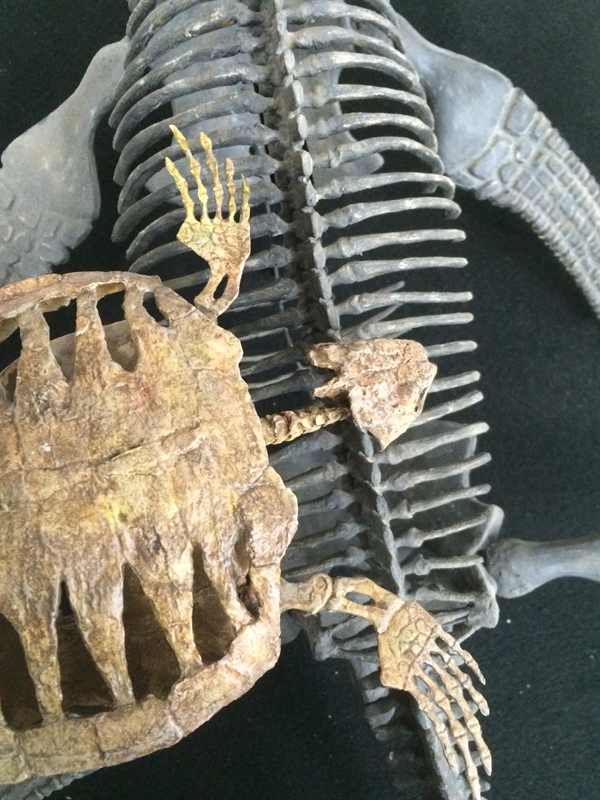