A morning with clouds and sun, but the temperature dropped all day, and by sunset it was overcast and very cold. Currently, it's 42˚F, with the windchill at 39˚F, and we have a freeze warning for tonight.

This morning I read back over the afterword for Comes a Pale Rider, and, unexpectedly, I did about a hundred line edits. Then I began laying out the ms. proper.

This afternoon, we went out to Patton Creek AMC, which seems to have replaced the far better theater at the Galleria with a Mondrian Playskool nightmare. Anyway, yes, we went to see Terminator: Dark Fate, which I'd somehow convinced myself was actually directed by James Cameron, even though I knew full well how he's up to his eyeballs in all those Avatar sequels we'll likely never see. And the trailers and my fondness for Mackenzie Davis all conspired to make me foolishly optimistic. People keep saying that Terminator: Dark Fate is the best (or the least awful?) of the three followups to T2 (1991). Having just endured the thing, I'm not at all sure this is true. I'm pretty certain, for all their flaws, both Terminator Salvation (2009) and Terminator Genisys (2015) were better films; both were surely better looking and more imaginative films. I absolutely cannot forgive Tim Miller for making such an ugly, muddy, murky mess of a film, all head shots and closeups. Really, BIG HEADS everywhere, and you cannot make a fucking action movie that's almost all closeups. More than half the time, it was simply impossible to tell what the fuck was transpiring onscreen. Cinematography? Forget about it. And the script was...well...what script? Only Mackenzie Davis delivered a noteworthy performance. Linda Hamilton and Arnold Schwarzenegger were on some sort of geriatric autopilot, and Natalia Reyes, for whom John Connor died, had all the charisma of a wet sock. Likewise, Gabriel Luna, who should have at least equaled Robert Patrick's menacing T-1000, was hardly worth the energy it would have taken to yawn (though Spooky says she yawned a lot). A lot of critics are pointing to the film's first scene (well, technically the second), wherein John Connor dies very shortly after having been saved by the events of T2 as the film's most egregious failing. And I agree, that one scene strips the first two films of what made them human, not only undermining, but simply erasing Sarah and her son's war against Skynet. There's a good rundown on this problem in various quotes in the Wikipedia article for Terminator: Dark Fate, which I'm linking to, rather than quoting all the choice bits. Really, truly, this was a huge disappointment for me, though it probably shouldn't have been. But you are warned. It's a wretched, unforgivable film. I just hope lessons have been learned and there will be no more sequels in this "franchise" ever again, please.

Not the best of days.

On the small screen, we blew through seasons eleven and twelve of Ink Masters and we've started Season Two of Jack Ryan, which is, by the way, a better action film than we saw on the big screen today.

Oh, and I had my first taste of oat "milk" the other day, and my first thought was of Bo Bennett's brilliant declaration "Show me the tit on an almond!." No, I was not impressed with oat "milk." Sure, it's better than soy milk and almond milk, but so is paint thinner. 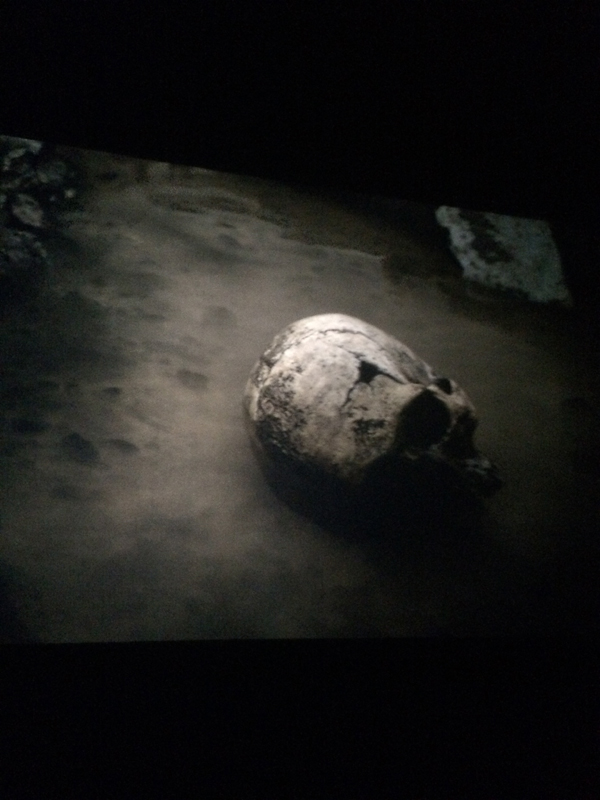