A good bit of sun early today, but then the rain began, sometime this afternoon. Currently, it's raining and 60˚F.

This morning, I finished the introduction to Comes a Pale Rider. Only I decided to make it an afterword, instead, because there are spoilers. I did 1,015 words, bringing the afterword to 2,790 words, total. When I started the thing, I imaged it might run to five hundred words.

After the writing, I went to McWane at 1 p.m., and I spent the next three and a half hours on the left quadrate. I've spent eleven hours on the bone over the past two days. Keeping in mind that mosasaurs (and most all tetrapods, you included) have two quadrates, I'm estimating that those two bones alone will require ~40 hours of preparation time. Just two bones. Keep these numbers in mind, next time you gaze upon a mounted fossil skeleton. And, of course, the bigger the beast, the more time is required. Winifred might have been twenty-five feet long when she was alive (the largest specimens of Tylosaurus proriger measure about twice that length). Even so, the amount of time her skull will require is somewhat less than might be needed for, say, a large dinosaur.

This afternoon, I came home, cold and damp and utterly exhausted. Spooky and I watched a Nova episode about how the Gay Head Lighthouse at Martha's Vineyard was saved from tumbling into the sea. And then she went to get dinner from Greenwise, and I dozed a little.

And that was today. It's been a long, long week, and it's far from over. 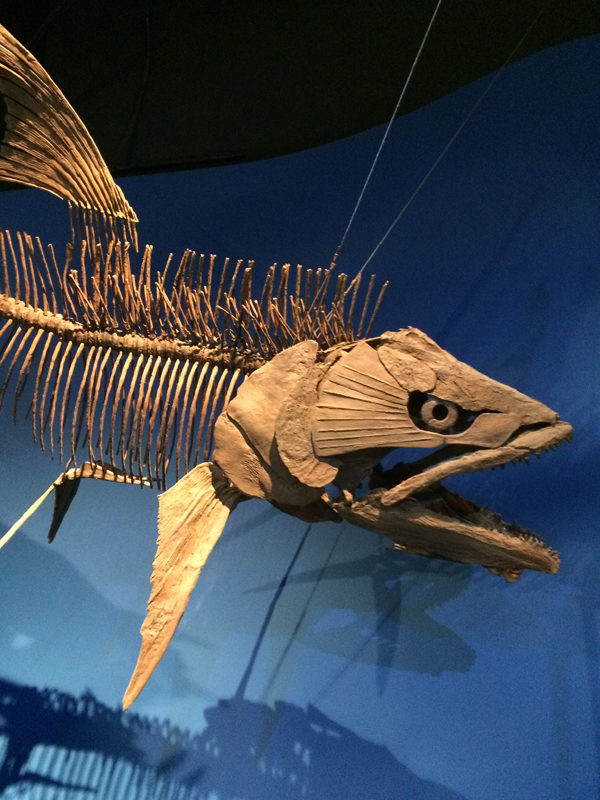