Tomorrow we get rain.

Today was McWane, and I spent almost all of the six hours I was there working on that left quadrate bone of Winifred's. And on the subject of whether or not "Toby" and Winifred (RMM 3391) really, truly are the same specimen (see "A Toby No More," 9 October 2019), today I was able to conclusively settle the problem. The proverbial "smoking gun" has been provided. Going through the prepped and cataloged material from Winifred I found a broken section of a thoracic rib that fit perfectly with a section of broken thoracic material from the "Toby" material. I mean, it was a perfect fit. And there's only one explanation – the mosasaur skull excavated in 1990 and 1991 actually belongs to Winifred. So, in 2019, yes, I am indeed working on a mosasaur I discovered, originally, on March 14, 1983. Sometimes, it's good to be right. Winifred has a head.

I was going to say more about mine and Kathryn's collecting in the chalk this week, but I'm really too tired to say much. Kathryn's really a good fossil hunter, it turns out, which should come as no surprise, given her beach-combing skills. We were in a gully hardly five minutes when she's sound a section of mosasaur tail, and then she found a fish, and then a jaw from fairly rare species of fish, and then a baby mosasaur neck vertebra. You get the picture. In a couple of hours we collected the following taxa from an area no more than 12"x12": Clidastes sp., Cryptodira incertae sedis (two separate finds, a fragmentary skull and a limb bone), Enchodus spp., Anomoeodus sp., Cretolamna sp., Scapanorhynchus sp. Cretoxyrhina sp. along with various invertebrates and as-yet-unidentified vertebrates. This was a locality I'd not collected since about 1999, when I found part of a fossil bird skeleton there (?Ichthyornithes).

Today was Carl Sagan Day. The 9th would have been his 85th birthday.

Anyway, I'm heading back to McWane tomorrow afternoon, but first I'm going to try and finish writing the introduction for Comes a Pale Rider (and maybe have time to begin putting the ms. together). I've seen initial sketches for Ted Naifeh's interior artwork for the new stories, and they look great. 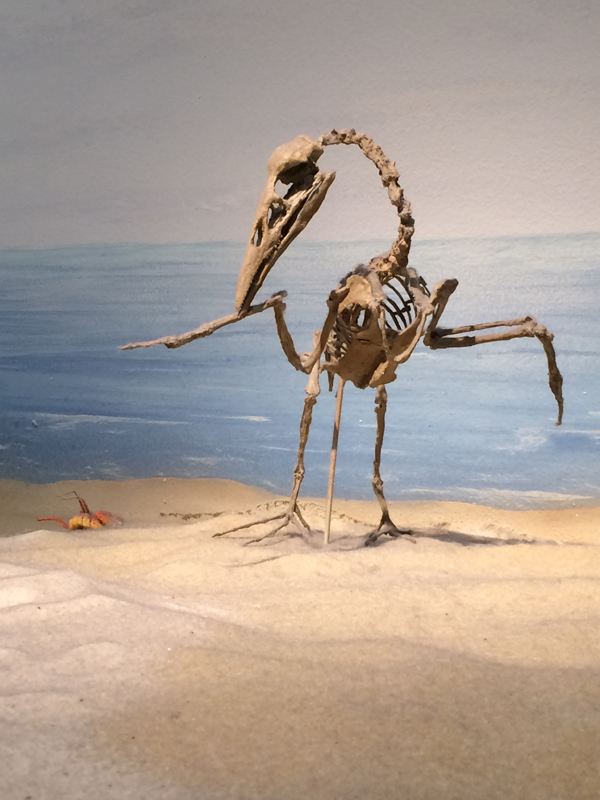