Utter exhaustion right now. It was a bright and sunny day, and currently the temperature is 62˚F.

Last night, my mother's older sister died. back on October 28th when I was talking about dark days, it was her illness I was alluding to. As I said on Facebook this morning:

Last night, my Aunt Joanne Cage (née Ramey) died. When I was a kid, I sorta thought she was the smartest woman in the world. She read voraciously and made me unashamed of my bookishness. She was born in 1934. I loved her dearly, and now she is at rest.

I have McWane tomorrow, but much of the rest of the week will be spent in Leeds and Dunnavant with my family.

Kathryn and I have spent the last two days collecting Upper Cretaceous fossils from the chalk in western Alabama. And I'll say more about that later. I got too much sun today (yesterday was overcast), and mostly I just want to lie down and shut my eyes. A chalk gully on November day is almost bright and hot enough to sear your eyes shut. And yet they're only about one-sixth as unpleasant in November as they are in July. We did discover, though, that Kathryn's butt has magical fossil-bone locating abilities, though they seem to work best on cloudy days. 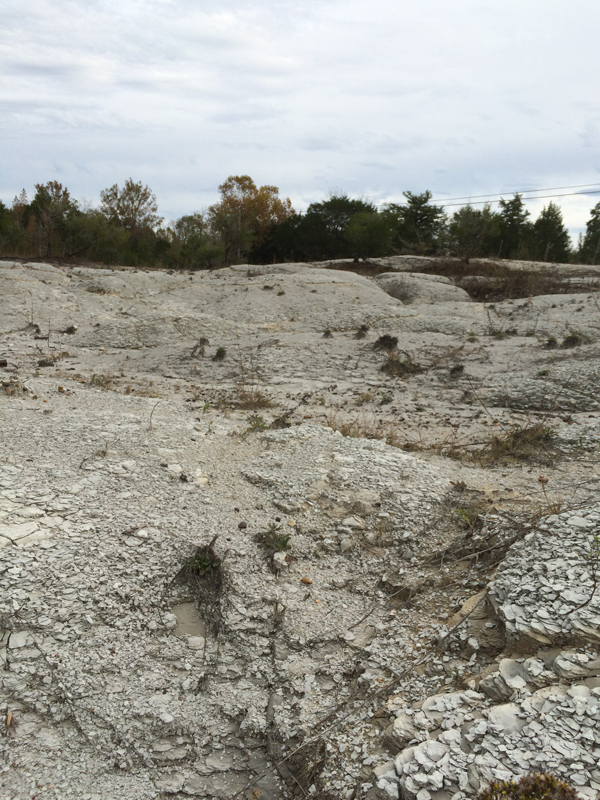