On this day in 2004, Spooky and I decided to remain permanently on Daylight Savings Time, because I do better with longer days. We originally dubbed it "Caitlín Stabilizing Time" but have since adopted the phrase "Caitlín Standard Time." That was fifteen years ago! It was a wise decision, and I don't make too many of those.

Today, Spooky read aloud to me all of "Refugees," which took her about two hours. Then I typed in the "last" round of corrections, which took another hour, and then I mailed it away to Subterranean Press. That's three very long Dancy short stories (or *cough cough* "novelettes") since sometime in May, and, as I told Bill Schafer today, that's really one Dancy story too many in so short a time. I'm putting her away now for the foreseeable future.

Subscribers to Sirenia Digest, please note that #165 (October 2019) will be late, but the good news it will include "Refugees." I'll put the issue together tomorrow and send it to Gordon to be PDF'd, and then Spooky will get it out to you ASAP.

Today, there was email with France (foreign rights on a short story), Italy (an Italian-language collection), and Russia (the interview, to which I have agreed to do, and this will, by the way, be my first interview since January 2018). After the writing and the email, I read "Re-characterization of Tylosaurus nepaeolicus (Cope, 1974) and Tylosaurus kansasensis Everhart, 2005: Ontogeny or sympatry?" and "Allometric growth in the skull of Tylosaurus proriger (Squamata: Mosasauridae) and its taxonomic implications."

That was today. And I leave you with a photograph of our belated pumpkin. 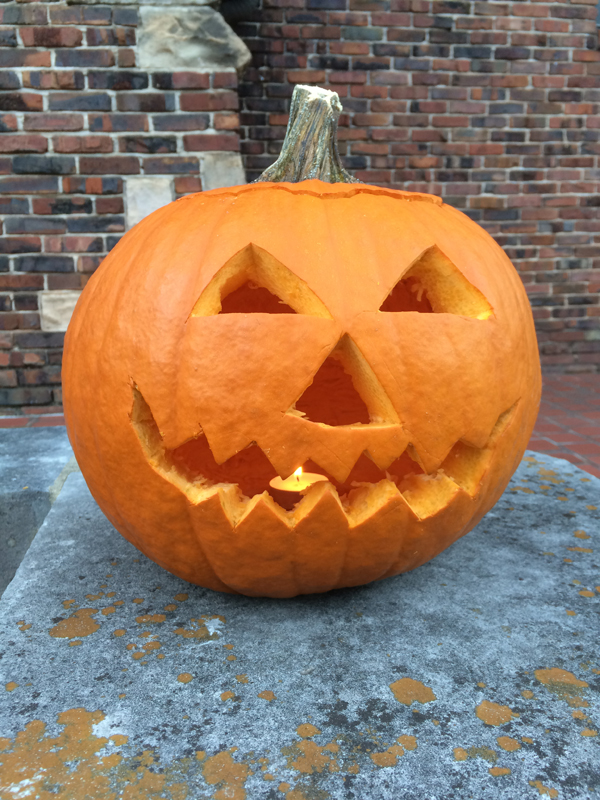