I'm going to try to do a quick catch-up entry, because in years to come, I might be sorry for the gap. But, mostly, it comes down to TV and movies and such. There has been precious little else. I've fallen back into that old trap of rarely leaving the house, except for my days at McWane. Anyway...we're watching the German series Dark (2017, 2019), which is, for the most part, really, really good, and I recommend it almost without reservation. And last night was the series finale of HBO's The Deuce (2017-2019). It was just absolutely perfect, that last episode, down to the final frame, and it captured the sensation of constant haunting that I feel these days whenever we drive through Birmingham, the bleeding together of now and then until it's hard to tell where the one begins and the other lets off. Oh, and Blondie's cover of "Sidewalks of New York." If you have not begun watching The Deuce, you need to try and watch it as you would a movie. Wait until you can spend several consecutive nights on it, and watch the episodes as close together as possible. Because it really is a very long film, not a TV series in an traditional sense.

I'm still fighting my way through the edits on "Refugees."

But, truthfully, I'm having trouble focusing on much of anything that requires mental clarity. I'll leave you with a photograph of the sky.

Oh, and please have a look at the current eBay auctions. 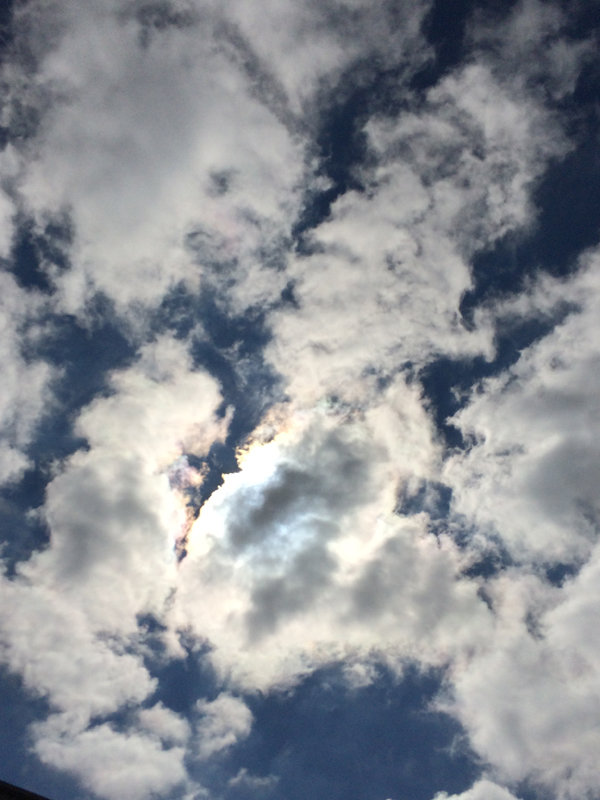