The sun came back today, and cooler temperatures. Currently, it's 61˚F.

Toady was McWane, but it was a short MCWane day. Tomorrow, I get a full McWane day. Then of Friday I have to proofread and edit "Refugees" (this will likely spill over into Sunday), and Saturday will be a OFF day. I didn't have much time for prep at the museum today. I had to go over some stuff about localities and collecting and Winifred's checkered past, and that ate up a lot of time. I'm hoping that one day next week Spooky and I cane actually get in some time in the field, out under the Black Belt sky. Today I glued my left index finger to a cervical rib, but that's why I keep the acetone handy.

Toady, Spooky mailed a thousand signature sheets for the German edition of The Drowning Girl back to Germany.

Oh, and Bill at Subterranean Press informed me this ayem that he's down to only 17 copies of the SubPress edition of Houses Under the Sea: Mythos Tales. He might still have a couple, if you hurry.

Yesterday, I watched an episode of Nature was was, essentially, on the futility of trying to eradicate Burmese pythons from southern Florida. And there were hot dogs for dinner, and then we watched the newest episode of The Deuce, then finished Season Two of Peaky Blinders and started Season Three. 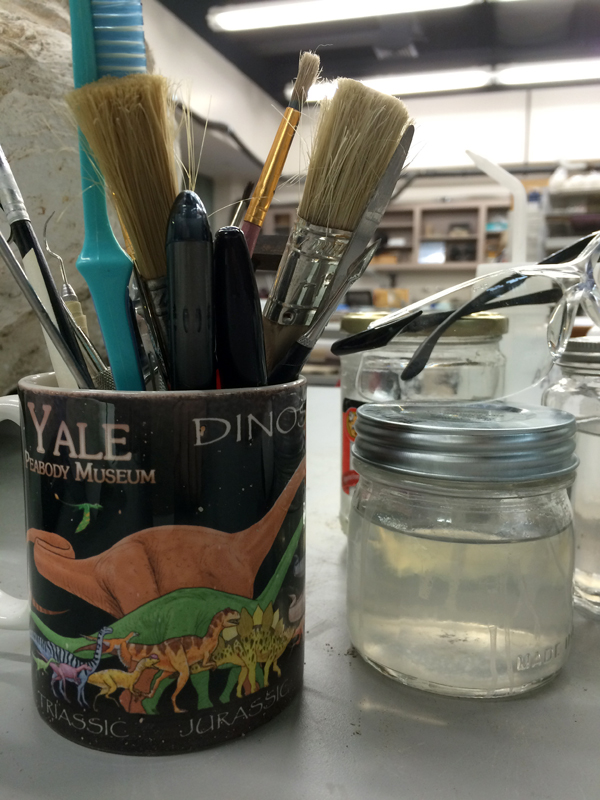