Overcast today. Currently, it's only 61˚F.

This morning, I wrote another 1,727 words on "Refugees." It is now realistic to think I'll finish the story on "Monday." And I'm sitting here waiting on the postman to bring the replacement signature sheets for A Little Yellow Book of Fever Dreams.

I have also seen a mock-up for the cover of The Tindalos Asset.

Yesterday afternoon, after I'd written and done some paleo' work, Spooky and I watched an episode of Nova ("The Day the Dinosaurs Died") and an episode of Nature ("Octopus: Making Contact"). After a dinner of leftover chicken and taters, we watched Vince Gilligan's El Camino: A Breaking Bad Movie, and it really, truly was very, very good. Sadly, we followed it with Brad Anderson's Fractured, an ass-backwards, somewhat inverted retread of Alfred Hitchcock's The Man Who Knew Too Much (1934, 1956). Sometimes, you just gotta know when to stop.

And Robert Forster has died. He had a part in El Camino, but I will remember him for many other roles. 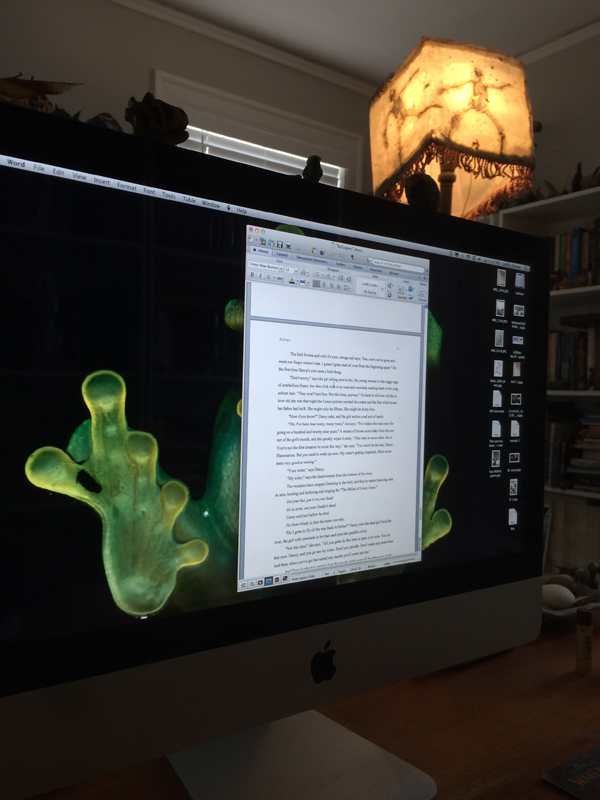