Sunny today. We actually got a little rain late yesterday, but the heat continues as we enter autumn. Currently, it's only 86˚F, with the heat index at 88˚F.

Yesterday was a McWane day. I worked on Toby the Tylosaur, mostly on the sixth cervical vertebra and one of the pelvic bones (which has a bad case of "pyrite disease" I'm having to address). There's a photo below. The field jacket in the photo is about three feet long, which is a pretty good measurement for the length of the skull, which makes Toby's skull about two feet shorter than Alfred's. The snout is buried in the end of the jacket in the foreground, and the skull is largely articulated. Oh, and can you spot the adorable alligator snapping turtle skull at Drew's work station?

Today, I have to pull together Sirenia Digest #164 and send it away to Gordon to be PDF'd. It'll go out to subscribers ASAP. This month's issue feature's a new short story, "Wisteria." That was the last story I wrote before this dry spell began early in August.

Tomorrow, I absolutely have to get back to work on "Refugees."

The shittiest thing about my shitty depression is that it convinces me, on a regular basis, that I deserve to sit on my ass and do nothing at all, and I hate it for that, if for nothing else.

Last night we finished Ken Burns' Country Music, and it's one of his best documentary series, I think. Oh, and the new (and final) season of The Deuce, we saw the third episode last night. Season Three is at least as good as its two predecessors.

Please have a look at the current eBay auctions and at Spooky Dreaming Squid Dollworks and Sundries Etsy shop. The taxman cometh and all that. 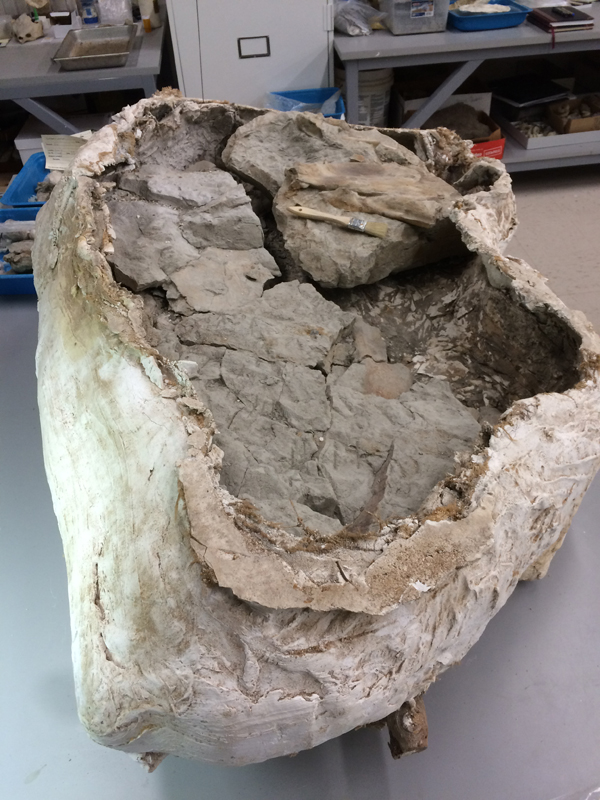