Currently, blindingly sunny and 88˚F, with the heat index at 89˚F.

I slept, at most, three and a half hours last night. I was supposed to be at McWane today, or writing, or something fucking productive. The best I have managed is two emails.

The first was to let Bill Schafer at Subterranean Press know that "Refugees," the third new Dancy story, due September 30, will be late.

The second concerned a couple of notes from the translator handling the Brazilian (Portuguese) edition of Two Worlds and In Between: The Best of Caitlín R. Kiernan Volume 1. If the translator had been correct, they'd have identified a twenty-three-year-old error in "Emptiness Spoke Eloquent," a short story that's been reprinted at least half a dozen times. Fortunately, I was a stickler for historical research back then and they were not right. Fixing the problem would not have been easy.

That was work today. I'll be doing good to finish this entry.

We did manage to see James Gray's Ad Astra yesterday, at the $5 Tuesday matinee. Afterwards, on Facebook, I wrote, "Ad Astra is a beautiful, brilliant, quietly masculine film, and the best SF film in years. It's also pretty much The Heart of Darkness in space." Which just about covers it.

There was a meeting with my NY agent on Monday about trying to sell a Dancy TV series, and if anything ever comes of this, I'll let you know.

Please have a look at Spooky's Etsy shop. At the moment, she's the one working her ass off. 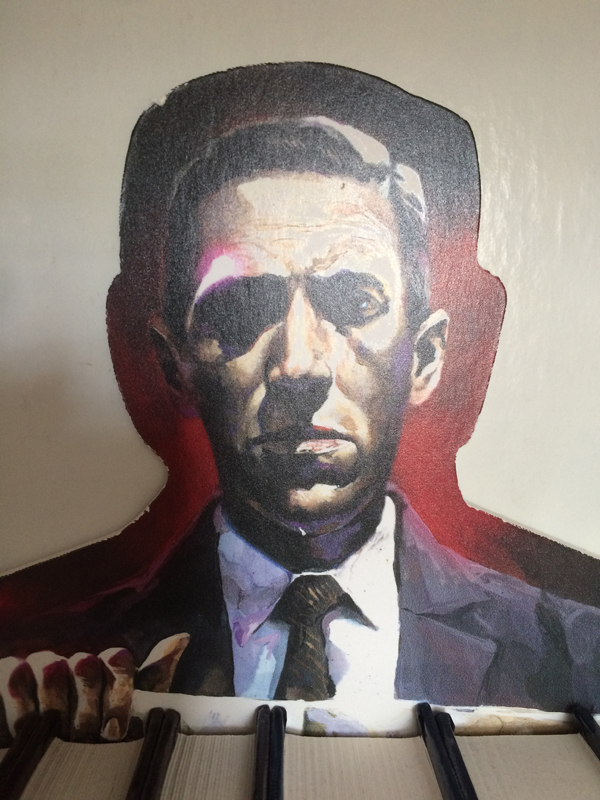