I honestly did not mean to miss four entries. I have not missed that many consecutive days in the LJ in years. But it happened, for various reasons, and now I have to get back on the horse, as it was.

The 50th anniversary of the Apollo 11 moon landing was the big event over those four days, obviously. As I said on Facebook, "My mother made my sister and I watch. I have always been grateful to Mom for this. I was only five. She was 25. My sister was only three. Mom said, 'You'll want to remember this.'" She was very right, of course. Saturday night, Spooky and I marked the anniversary by watching the CNN special on Apollo 11, which was very good. From the office window, just before bed, I watched the moon rising above the trees.

That day, we visited Mom in Leeds and did laundry.

And there's not much else worth mentioning about those missed four days. We're watching Breaking Bad again. I'm most of the way through William Faulkner's The Unvanquished (1938), which I'd never before read, but which I'm discovering is one of Faulkner's best novels. Yesterday, Jonathan Strahan delivered the final draft of The Tindalos Asset to Tor.com, so that's done, finally.

Really, I'm not sure there's anything else.

Increasingly, I hate asking readers for money, but on Wednesday, Selwyn has to go into the vet to have some very serious tartar removed from his teeth, something we should have attended to last year. We're expecting it to run about $350, assuming no teeth have to be pulled. And, of course, vet bills never come at a good time. If you'd like to help, we are accepting donations to the Selwyn's Mouth Fund via PayPal – dreamingsquid(at)gmail(dot)com. Anything's a help. If you can donate, thank you.

I have a photo of the sky, on Saturday. 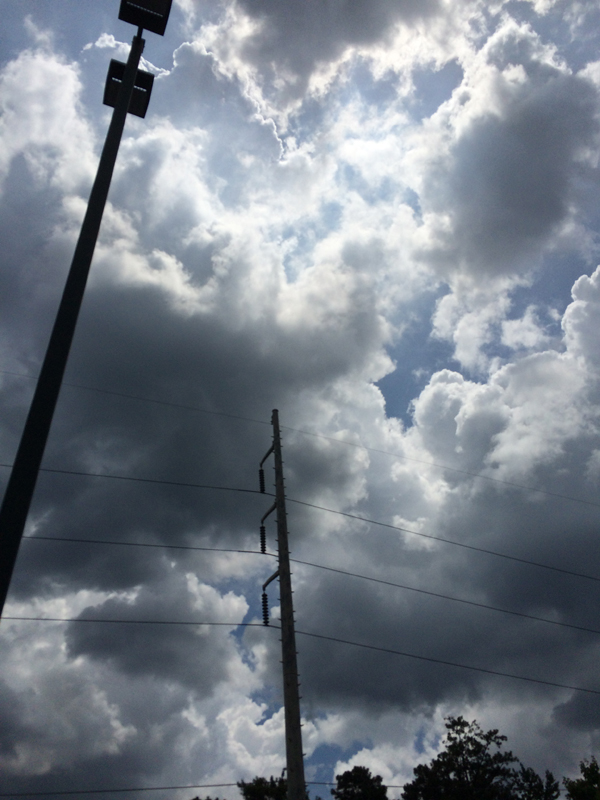