After a long weekend mired in an awful fucking funk (brought on by a number of factors upon which I shall not here elaborate), largely unproductive days, today I got to be at McWane, and I feel rejuvenated again. Today, I finished with the left coronoid of Alfred the tylosaur, and I'm almost finished with the left splenial, and I spent three hours on the big jacket hold the rest of the left mandible. But the day began with me having to mix two batches of Butvar-76 (a thermoplastic, polyvinyl butyral resin used in preserving fragile fossil bone) with acetone as the solvent. I can still smell acetone. I asked Jun what we had for Butvar crystals, and he hauled out this huge container left over from Red Mountain Museum, a container purchased in 1983 (!). Back in my early twenties, I scooped Butvar from this same container. A little bit goes a long, long way. So, that was a marvelous sort of weird (and see the photo below for the lid of the ancient B-76 container). I also met the museum's consulting archeologist (there isn't one of staff, just paleontologists), and he was delightful, but I can't recall his name.

I came home and watched an episode of Mythbusters, took a very short nap, and ate tuna sandwiches for dinner.

Tomorrow, I go back to writing, but what I'll be writing, I'm not gonna tell you what that is for another day or two.

Last night, we watched Clint Eastwood's Pale Rider (1985), which I'd not seen since it was new, when I saw it twice in the theater. The new Dancy collection will be named Comes a Pale Rider (Subterranean Press, TBA) and dedicated to Eastwood, along with Sergio Leone and Ennio Morricone, in recognition of the part all three played in inspiring me to create Dancy Flammarion.

Please have a look at eBay. Thanks! 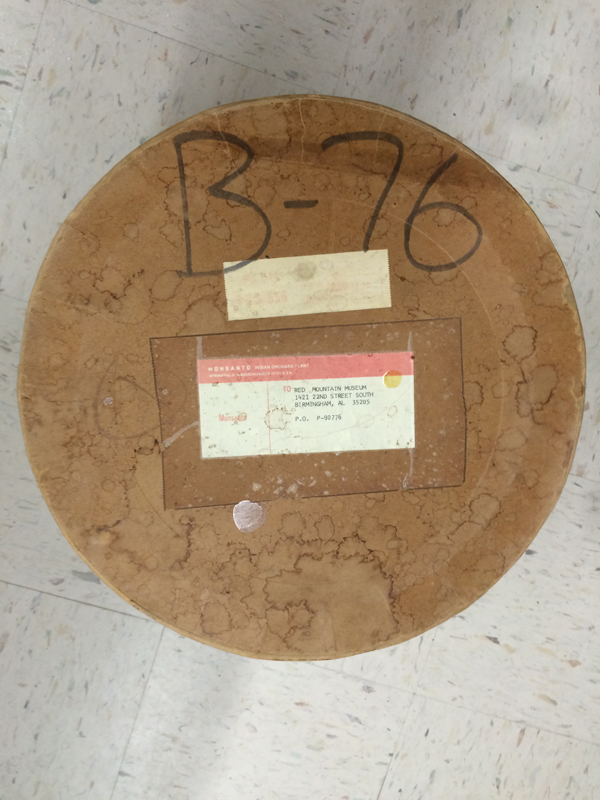