Toady was a good day. A bit tedious and tiring, but a good day, all the same. Oh, and hot. The heat advisory continued. I'm a little unclear what our high was today, and the three-day feature at the National Weather Service is on the fritz. Spooky says she saw 94˚F, with a 103˚F heat index at some point. Currently, it's 93˚F. with a heat index of 100˚F, at twilight.

Me, I spent most of the day in the nigh-unto-freezing climate controlled environment in the collections department of the McWane Science Center, so I was shivering. Irony and all.

I was up at 7:30 a.m. and finished Barry Gifford's Perdita Durango, before going into the museum at 1 p.m.

I spent most of my time in the lab today staring at the glyptosaur osteoderms under the scope and taking measurements with digital calipers. The largest osteoderm in the bunch only measures about 7.85 mm long, with a greatest width of 5.8 mm, and a mere 2.51 mm thick. One of the others is only 1.15 mm thick. And I was terrified of crushing these brittle 47-41 million year old fossils between the steel jaws of the calibers. So, yeah, that part was nerve wracking. But now I have everything I need to finish the paper, I think. Also, good long talk with Jun Ebersole, about fossils yet to be found, and then I looked over a Cretaceous alligator gar (cf. Atractosteus sp.) that I helped to collect in the summer of 1981, when I was only seventeen. It will be the subject of my next paper, if I actually ever get the glyptosaur paper finished. And that was my day.

I came home at 5 p.m. and had Spooky's delicious pasta salad, after a brief nap and an episode of Mythbusters.

Please have a look at the current eBay auctions. You know you wanna.

Today, you get two photos! Two, for the same price (FREE!) as the usual one, so EXTRA FREE! What a bargain for you! 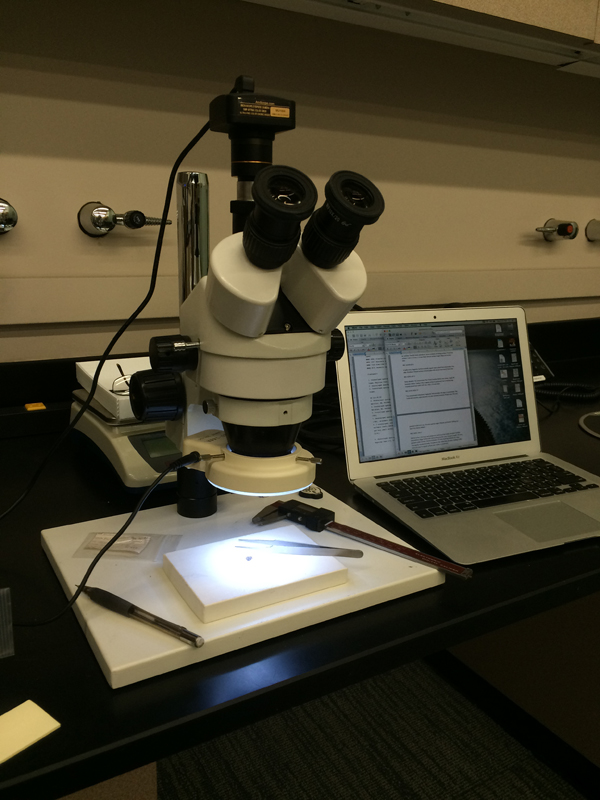 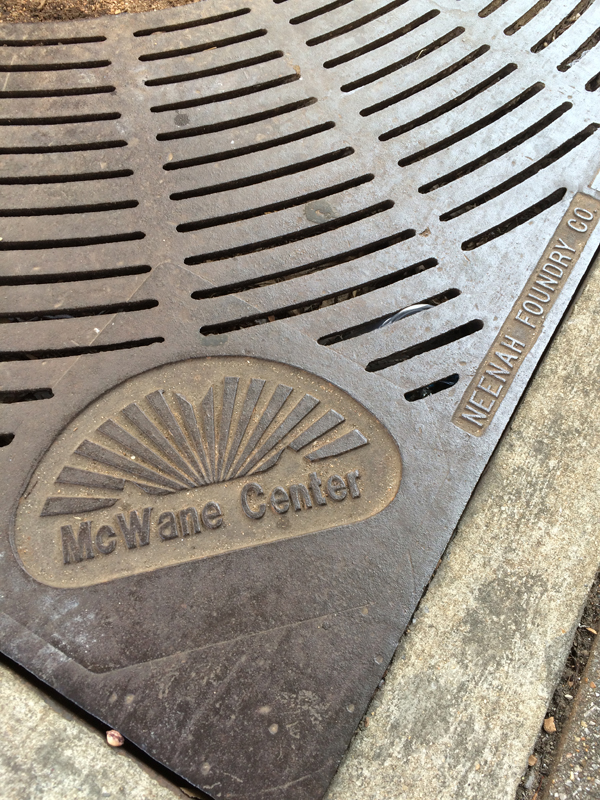 4:36 p.m. (Because I have an ironwork fetish, and this came to Birmingham from Neenah, WI.)
Collapse