So, two nights in a row, good sleep, more than seven hours both nights. And today I felt much, much better and became functional again.

And it rained, after a sunny morning and early afternoon.

And I spent another three and a half hours on the glyptosaur paper. I have two more days before I need to focus on fiction again.

Oh, and we went to the new Publix Greenwise market where the Western in Mountain Brook used to be, and, hence, tonight's photo of fresh Chilton County peaches, which are now back in season (woo hoo).

Tonight, we're re-watching all of Season Ten of Archer thus far and the pilot episode of Twin Peaks. Last night, we watched Alex Garland's Annihilation (2018) and Claire Denis' High Life (2018). About the latter, I'll say it was very good, but desperately needed a bigger budget and better production values. About the former...well, the bear scene, no one is ever going to top that fucking creepy fucking bear for pure fucking creepy.

It has now been more than a month since I looked at any news source. I've heard virtually nothing of whatever is or isn't going on out there since sometime in May. And I'm just a little bit saner for it. Ignorance may actually be bliss.

Also, my thanks to everyone who sent Spooky a birthday gift. Ya'll rock (Spooky never says y'all).

Now, I'm gonna go eat some Key lime pie. You should look at the current eBay auctions. Well, auction. Yes, you should. 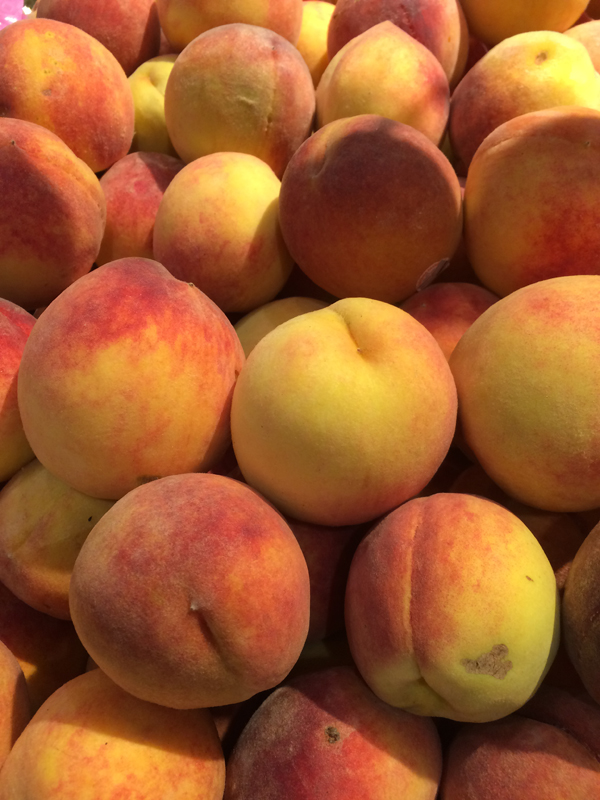