Rain this morning, then a little sun, then rain again this evening. Currently, it's 74˚F.

Today, I spent four hours proofreading the new new Dancy story, then dealing with a hundred or so line edits. Now, it's done. And the title is now simply "Requiem." Both stories have been sent to Subterranean Press, and I'll post more information here about the new Dancy collection as soon as I am able.

And then I worked on the glyptosaur paper a little, outlining sections on the three localities that produced the specimens being described – Little Stave Creek in Clarke County, Alabama, Hatchetigbee Bluff in Washington County, Alabama, and the Red Hot Truck Stop site in Lauderdale County, Mississippi.

Tonight, after tuna casserole, we watched Lynne Ramsay's extraordinary You Were Never Really Here (2017), and if you haven't, you should.

Please have a look at the current eBay auctions (because shit ain't free), and there's also Spooky's birthday on the 24th, so here's her wishlist at Amazon: 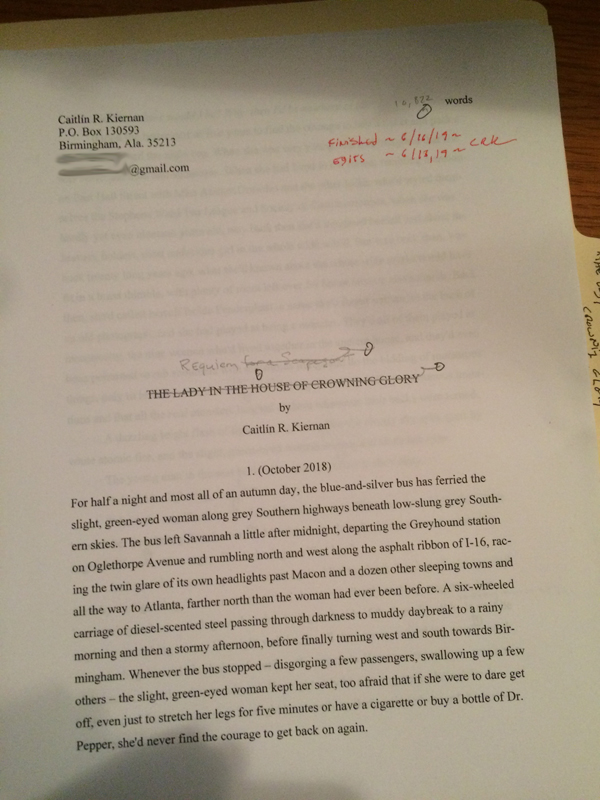