Today, I wrote 1,643 words and finished my second long Dancy Flammarion story in less than a month*, and this despite sleeping less than five hours last night. This second story weighs in at 10,450 words and the first, "Dreams of a Poor Wayfaring Stranger," at 10,421 words (so a combined total of 20,871 words). I think the new title for the second story is, by the way, "Requiem for a Scapegoat." At least that's what is it this afternoon. I grew to hate "The Lady in the House of Crowning Glory," and I've been trying to find the new title for a week or so. And this really is a requiem. Both stories are for the forthcoming second volume of Dancy stories from Subterranean Press (though the trade edition will only include one of them), which also does not yet have a title, and I have no idea when it will be released.

Oh, and I spent an hour later in the day, after a half-assed nap, working on the glyptosaur paper.

Please have a look at the current eBay auctions, and there's also Spooky's birthday on the 24th, so here's her wishlist at Amazon:

I'm supposed to be back at the McWane Center tomorrow, if I can get some sleep tonight, then spend Tuesday editing the new new Dancy story. 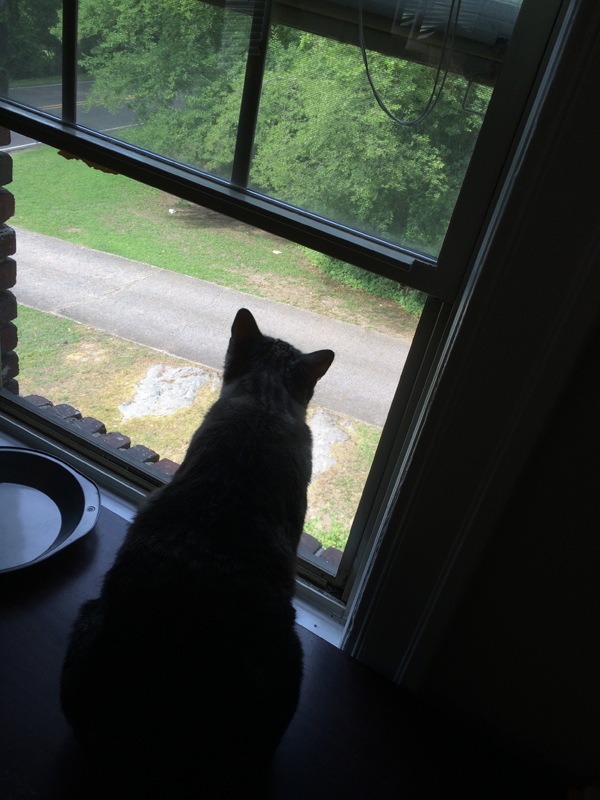 * By Hugo, Nebula, and World Fantasy criteria, these count as "novelettes." But I do not use that odious word.
Collapse