Today was a very, very good day. Even the weather was nice. I think we might have gone to the mid eighties, but it may have been cooler, and currently it's 65˚F. Warmer weather is on it's way back.

The day started with an email from Bill Schafer informing me that the forthcoming Subterranean Press edition of Houses Under the Sea: Mythos Tales has received a starred review in Publisher's Weekly*, which reads as follows:

"The thirty stories in this superior collection are remarkable for showing how harmoniously Kiernan’s own visionary weird fiction resonates with the best cosmic horror tales of H.P. Lovecraft. Some selections, such as “Pickman’s Other Model (1929),” are ingenious extensions of well-known Lovecraft works. Others, including “From Cabinet 34, Drawer 6” and “The Drowned Geologist (1898),” riff on the cosmic conspiracies rampant in Lovecraft’s mythos fiction. In a clutch of tales that includes “So Runs the World Away” and “Love Is Forbidden, We Croak & Howl,” Kiernan goes full gothic, elaborating a dark fantasy world populated by ghouls, vampires, and other eldritch beings. No matter how strange or outré the phenomena, Kiernan meticulously builds details into her stories that ground them in a believable reality, such as the paleontological data that evokes vast expanses of time in “A Mountain Walked” and the scientifically credible rendering of an extraterrestrial colony in the book’s one new story, “M Is for Mars.” This is a must-have for fans of Kiernan’s work or the Cthulhu Mythos." Agent: Merrilee Heifetz, Writers House. (Oct.)

I got to the McWane Center about 9:45 a.m. and spent the next five hours preparing the back half of the left lower jaw of an enormous specimen of the giant mosasaur Tylosaurus proriger. The entire skull would have been about five feet long, and the section of the jaw I worked on today was about two and a half feet of that. This mosasaur was originally discovered by Red Mountain Museum and Explorer Post 272 in March 1981, then excavated (I think) in the summer of 1983. The one section of jaw is the only part that has yet to be prepared. I figure I'll take me a couple of weeks to finish.I'll write more about working on his specimen very soon, with photos and everything. I'm just too tired tonight. More McWane tomorrow.

The third good thing was Spooky finding my grandmother's revolver, which we feared had somehow been lost in the move last year. No. It was hiding in the top of a closet.

Anyway, back home, there was Chinese takeout of dinner, and then we watched the new episode of Archer and then Sam Raimi's underrated The Quick and the Dead (1995). I would so love to see this film remade with Charlize Theron in the Sharon Stone role, by the way.

Please have a look at the current eBay auctions. We've got some good stuff up and more good stuff on the way. Thanks.

Also, Spooky's birthday still has not been moved from June 24th, despite appeals to the Homeland Office of Birth Date Relocation, and you can find her Amazon wish list by following the button below. 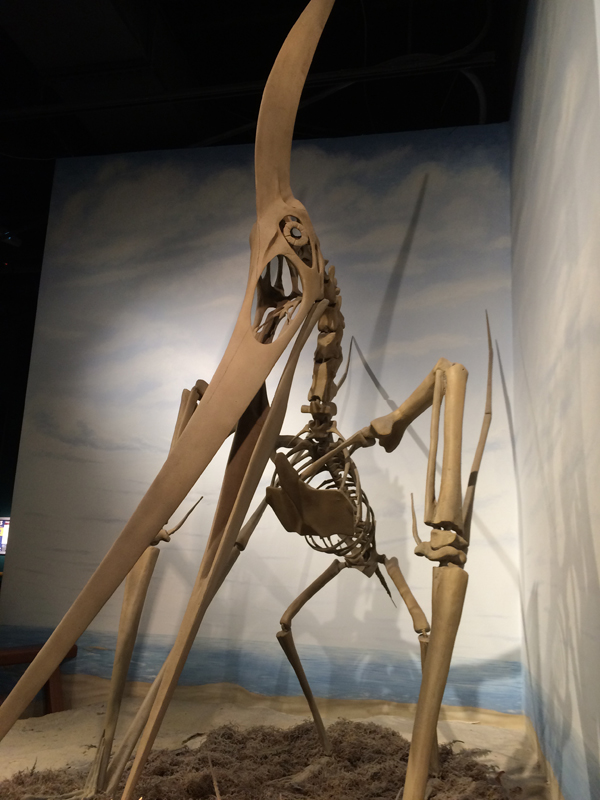 * Publisher's Weekly didn't review the Centipede Press edition.
** First person who tells me how pterosaurs ain't birds gets a sock in the mush.
Collapse