So, yeah, today was a pretty good day, after the trials and moods of last week. We had some rain, the mostly blue skies until the evening, when the rain came back. Currently, it's 77˚F.

I made it to the museum today by 12:45 p.m., and I was there until after 4 p.m. Mostly, it was a wonderfully long and rambling discussion (or a succession of intricately nested discussions) with Jun Ebersole about the glyptosaur paper we're working on, mosasaur biostratigraphy and systematics and ontogeny, upcoming fieldwork, electronic publishing (as it relates to scientific papers), the long-gone days of the now-defunct Red Mountain Museum, evidence of the K-T/K-P extinction event in Alabama, and...on and on and on. I'll be going back in late next week. It is a tonic for my battered spirit, my days among the rocks and bones.

But first, I have this second Dancy Flammarion story to get started on tomorrow. 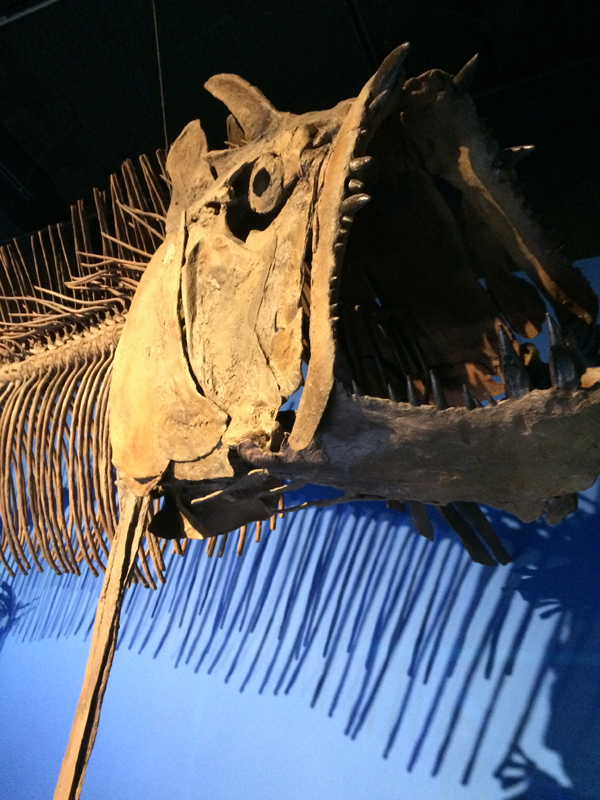