Muggy tonight, but cool. We finally got rain today, especially in the morning. I woke to rain. Currently, it's 75˚F.

The black mood relaxed its hold slightly this afternoon, but I can feel it close. I went out to Target with Spooky, just to get out of the house.

If you've not happened to see John from Cincinnati (2007), you should. It's the series that David Milch worked on immediately after the cancellation of Deadwood. Of course, John from Cincinnati was cancelled after only one short season, but there's enough here to see it would have been something brilliant. Like, Deadwood meets David Lynch, with surfers. Also, there's a lot of the Deadwood cast, including Garret Dillahunt, Jim Beaver, Dayton Callie, Paula Malcomson, Stephen Tobolowsky, and Keone Young.

And speaking of David Lynch, I began reading his autobiography (written with Kristine McKenna), Room to Dream, a couple of days back, after I finished Absolom, Absolom! on Sunday. It was a birthday gift from

setsuled. Tonight, Spooky made chili, and then we watched the new episode of Archer and then Jacques Audiard's really excellent western, The Sisters Brothers.

Tomorrow is a day at the McWane Science Center, so there's that to look forward to, at least.

Oh, and I have this, from Spooky's dad (who's about to go away to Ecuador to do something anthropological):

Oh, true believers and non-believers in the tooth bear. (possibly including Miles)....

There have been sightings all over Rhode Island, and one bear in Camp Varnum even tried to open the door on a car where a non-believer took refuge... cell phone videos all over the news and articles in the newspapers & on the local news.

Well, you all know how our acreage changes as spring comes and the leaves start to make bare branches into new shapes. The other day (last Friday) in the morning when the sun was behind the bushes, trees, big boulders, and stumps in the east pasture, making them appear quite dark, I saw a shape near the deer fence about 150 ft. away and tried to resolve it in my vision to identify it, AND IT MOVED, IT LUMBERED! I perceived the Tooth Bear!!! Fred was beside me & he perceived it as well. But, a non-believer, the anti-Tooth Bear Midwestern farmer girl Carol said, "it's a tom turkey with its tail fanned out." The tooth bear felt the negative vibes pouring from our kitchen into the pasture and began to rapidly shape-shift into a tom turkey displaying for the hen it sensed under our bird feeders.

Now we know, it is not only a Tooth Bear, but a shape-shifting Tooth Bear. Beware........ The Tooth Bear saga continues.

Make of that what e're you will. 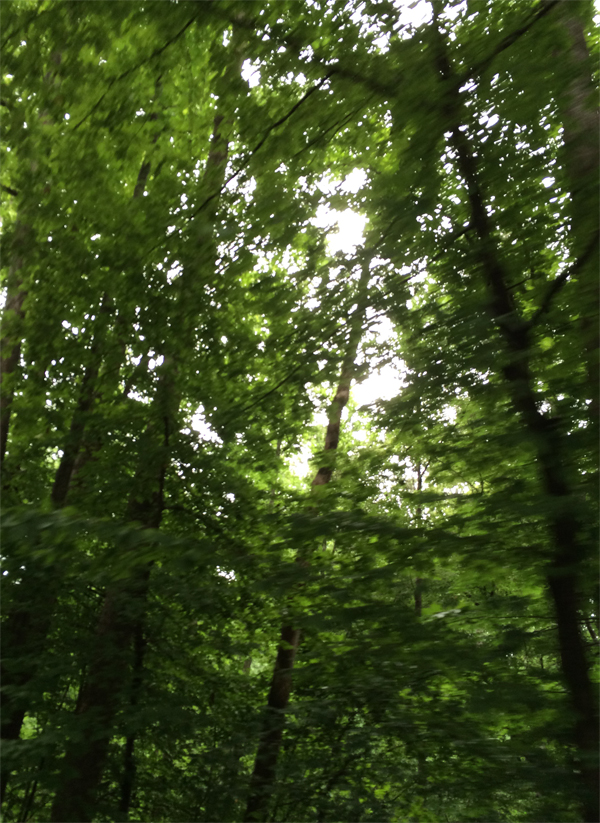