I woke to find the black mood was still with me, and by early afternoon it had reached a fever pitch. I tried to drown it out with music, but music only goes so far.

I lay on the air mattress and watched documentaries about giant Tasmanian crayfish and the Gemini space program and the bombing of Hiroshima. Spooky got pizza for dinner. On and on and on.

Think of New England as a Skinner box. Think of me as a white rat. Or maybe Pavlov would work better in this instance. But after a decade of frigid, wet summers, I have been rendered entirely unable to comfortably, calmly endure even a single rainy day, even when I am in Birmingham, Alabama and we haven't seen rain in weeks. Cloudy, rainy days, which I used to enjoy, are now a smothering wet towel across my face, all claustrophobia and anxiety.

I am not by nature or passion any sort of an artist. I'm a scientist who was finally left with no other path but art if I were to avoid starvation and homelessness. Writing allowed me to trade utter destitution for mere perpetual poverty. (No, I won't fucking elaborate.)

I'm going the fuck to bed, but you need to look at the current eBay auctions. Please. Thank you.

Oh, and don't say I didn't work. I was perfectly civil in a whole bunch of email. Here, have some goddamn octopuses. 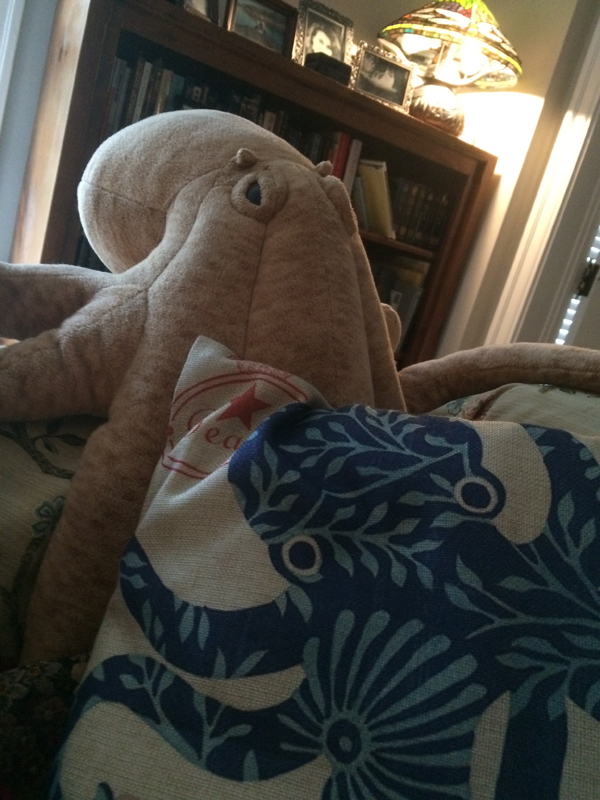