I am utterly exhausted tonight, but it was good day, all the same. The Cough was better again. So, maybe it will be gone soon. It was a hottish day, about 85˚F, before the heat index.

We left Birmingham about 11 a.m. and made it to Tuscaloosa about noon, though I wasn't supposed to be at the museum until an hour later. Spooky and I killed some time looking at the exhibits, a thing I'd not done since, probably, 1997 or so, and the museum has changed a lot since then. It's changed a whole lot since my very first visit, which was back about 1980, I think. There are some beautiful mosasaurs on display and a superb Basilosaurus cetoides (the Alabama state fossil) hanging from the gallery ceiling (see photo below). The museum is in Smith Hall, built between 1907 and 1909. Anyway, while I didn't exactly accomplish all the things I set out to do, it was profitable, nonetheless. Drew Gentry was there, as well, examining yet another new Cretaceous turtle. I spent my time with mosasaurs, sawfish, and sharks. Spooky discovered a cabinet filled with mothballed possums.

As we were driving back into Birmingham, a little after five, thunderstorms were building up over the city. We made it home before the rain started. After rumbling thunder and lightning, we had a very fine sunset, gold shifting to pink.

Tonight, after dinner, we watched Jennifer Lawrence in Francis Lawrence's Red Sparrow (2018). No relation, by the way.

Please have a look at the current eBay auctions. We have a rent hike to contend with. Thank you. 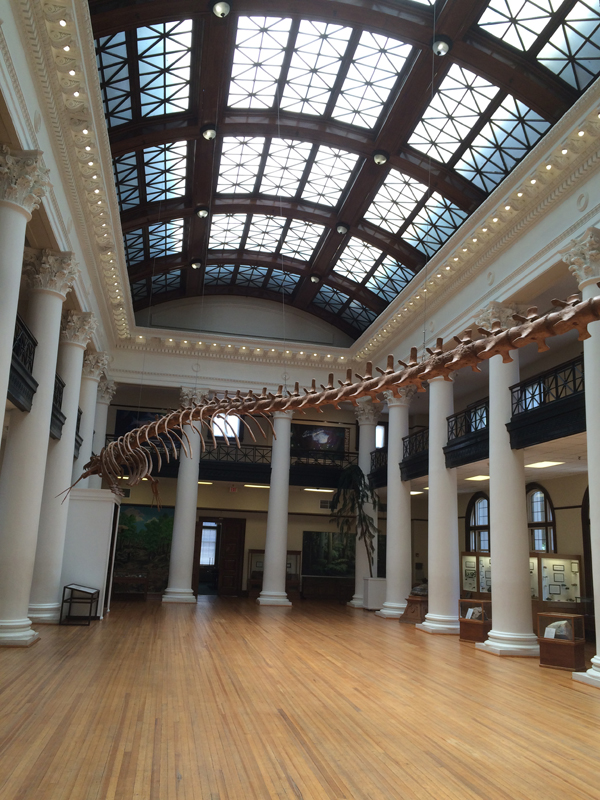