On this day in 1994, I moved out of the apartment at 1619 16th Avenue South, on Birmingham's Southside, where I'd lived since 1990, and went away to spend three years in Athens, Georgia. It was a vital and momentous and necessary move. I'm fairly certain it saved me from a dead end, that move. Maybe literally. Getting out of there and going to Athens might have saved my life. Today, twenty-five years later, I had Spooky drive me over to the old apartment building, which has stood there on the side of Red Mountain since 1920. I wanted to walk up the steep drive and around back, to my old door. But...I don't know. I couldn't. I visited the place a little while back, on January 26th. This is where I lived when I wrote The Five of Cups and where I began Silk. It where I lived when I made my first short-story sale in the summer of 1993. It was a dump, and many awful things happened to me there, and yet I can still be nostalgic for that place and that time. Standing on the street today, looking up at the red bricks, many faces came to mind, many names, and I miss them all, no matter how they came to feel about me.

For fuck's sake. People who were born the day I moved out of that apartment turned twenty-five today.

Anyway, after 16th Avenue, we headed over to the botanical gardens for a short while, to see the irises and roses.

Before all that, I worked, after waking up too early, around 7:25 a.m. from a nightmare of a terrorist attack on Birmingham. I swear, this entry refuses linearity. Anyway, I reworked and expanded the ending of Section 1 of The Tindalos Asset today, and then I read through Section 12 and made more changes. And the I read through Section 13 and just thought about it. And then there was glyptosaur reading.

It was a day, a weird, vaguely productive, groggy, somewhat sad sort of a day.

Oh, and I found out I may not need to have the final ms. for the novella into Jonathan Strahan until a month from now, so...maybe I'll set it aside and write something for the digest before moving forward with these edits. I hate when the digest is so late.

As I said last night, you guys need to check out this Very Special Ebay Auction we've got going on. Subterranean Press is letting us action ONE and ONLY ONE advance-reading copy of their forthcoming edition of Houses Under the Sea: Mythos Tales before the book is released. And I'm going to embellish many of the pages with doodles of Lovecraftian-ish monstrosities and prehistoric critters (like trilobites, ammonites, and crinoids). All proceeds go to shit not being free. The auction ends on Sunday, before Game of Thrones (because we're thoughtful like that).

One more thing: Today, my contributor's copy of The Unicorn Anthology, edited by Peter S. Beagle and Jacob Weisman (Tachyon) arrived at the p.o. box. It reprints "The Maltese Unicorn" (surprisingly, perhaps, not my only unicorn story). Anyway, in his introduction to the book, Peter Beagle writes, "I think 'The Maltese Unicorn' just might be my favorite story in the collection." I think I almost cried when I saw that. Back about eighth grade, just after Christmas, I read The Last Unicorn, and it became and would always remain one of my favorite novels of all time. That would have been January 1978, and forty-one years later, I'm glad to know I've come full circle and given a little back to such a marvelous author. 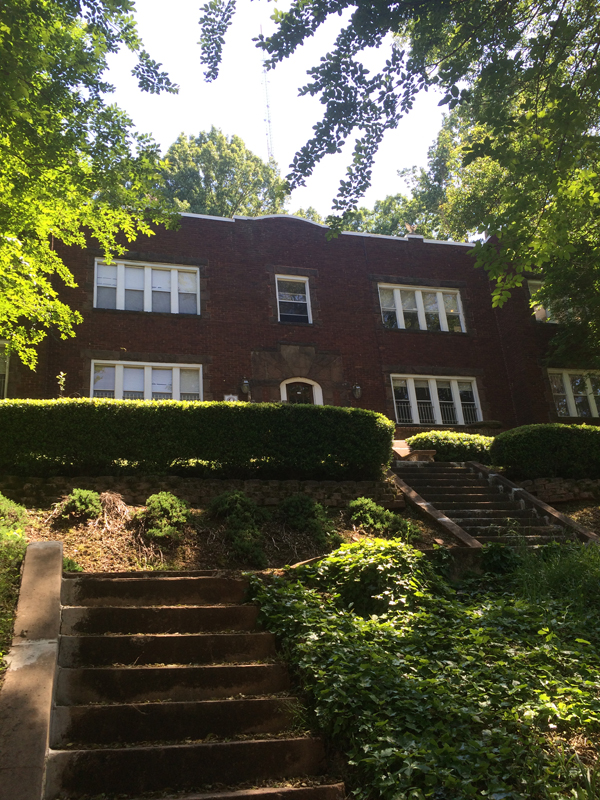