Still sick. But I'm better now, I think, than when I woke this morning running a fever and too ill to get anything done today. I went out with Spooky to the market and discovered canned Wookiee. That was what I did today. Oh, and I went with Spooky to the p.o. to mail the signature pages for Houses Under the Sea: Mythos Tales back to Subterranean Press.

Oh, except we got Milo's for dinner and watched American Graffiti (1973), because I'd not seen it since high school and Spooky'd never seen it. It's hard to believe there was a time when a) cars were sexy, b) Harrison Ford was young, and c) George Lucas was still a promising director. Oh, and last night after my LJ entry, we watched Jon S. Baird's Stan and Ollie (2018).

It was a beautiful day (apparently shadowed by George Lucas), even if I was too sick to fully appreciate it. We made 82˚F. 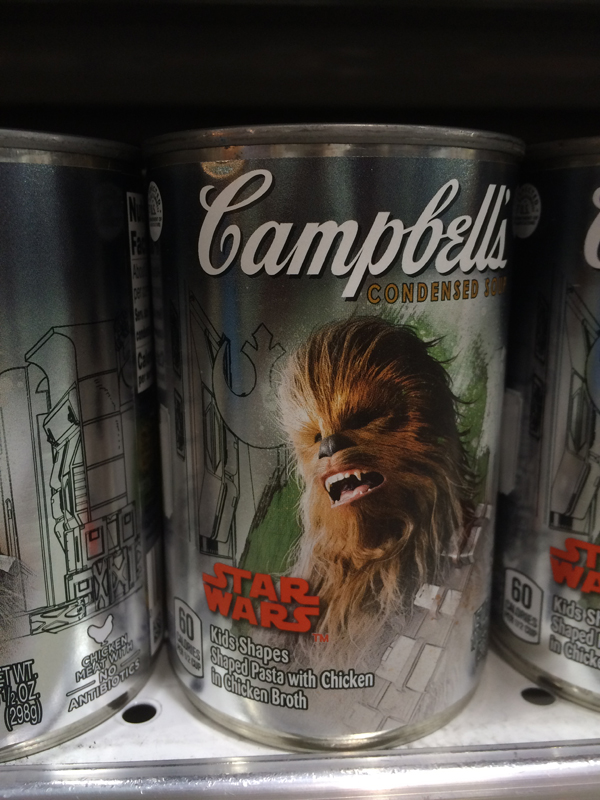