Today, I finally found a title for the new story, and it became "Which Describes a Looking-Glass and the Broken Fragments." I read through it again, did more line edits. I pulled Sirenia Digest 158 together, and, a week late, it went to subscribers this afternoon. I will say that I was less dissatisfied with the story this morning than was yesterday, right after I'd finished with it. It's sort of "The Colour Out of Space" by way of Angela Carter, or something of the sort. And there was email with Subterranean Press, and I had to get some contracts in the mail to Borderlands Press. So, I went with Spooky to the post office, and then to Office Depot for new laser printer cartridges (the typewriter ribbons of a fallen age), and then we stopped by Wal-Mart in Irondale.

Now, there's no such thing as a pleasant Walmart. Of that I am relatively sure. But I have visited a number of the places over the past thirty or so years, and never have I been in one which left me feeling as if I need to bathe. But the one in Irondale left me feeling that way. It doesn't help that it's situated approximately where J.J. Newberry's department store was once located in Eastwood Mall. Newberry's was civilized. It had a coat-and-hat check. Alas, it's last business day was January 26, 1995 (and Eastwood Mall was, sadly, demolished in 2006). The Walmart in Leeds and out on Highway 280, they're only icky in the ways you expect a Walmart to be icky, and I will restrict myself to them in the future, when I cannot avoid visiting such places.

Last night we watched Blade Runner and Blade Runner 2049 back to back, on Blu-Ray, which I'd not yet done. Wow. Just wow. Paul Sammon, I was thinking of you, man.

“I measure my life in pages.” ~ Hunter S. Thompson

“Well, fuck the plot! That is for precocious schoolboys. What matters is the imaginative truth.” ~ Edna O’Brien

“I always liked people who were older. Of course, every year it gets harder to find them.” ~ Fran Lebowitz 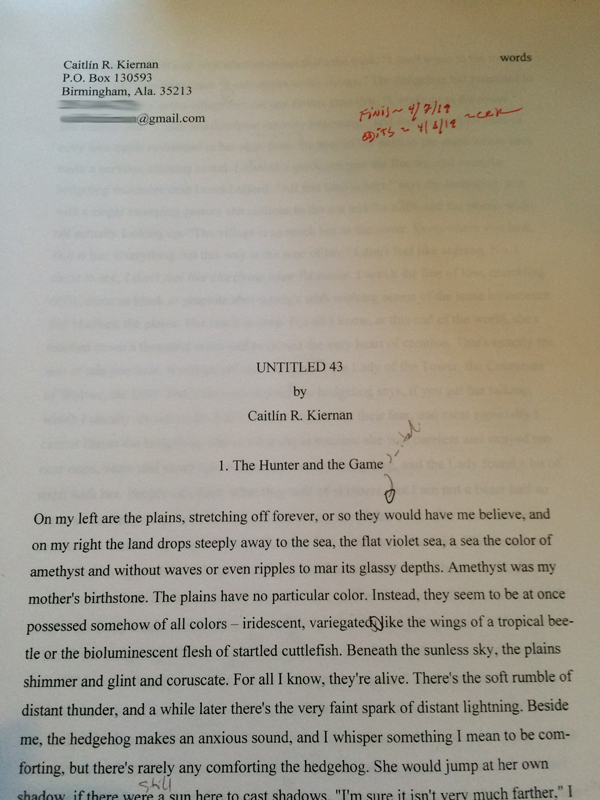