A really grand spring day today, lots of sun. I think we reached the mid 70s˚F. Currently, it's 71˚F.

Today was sort of mostly a day off, as far as writing was concerned. Instead, I did some paleontology-related stuff, including unpacking a wooden crate of specimens from the Upper Cretaceous of Alabama that had been packed since at least 2001 and also talking with David Schwimmer at Columbus College and Jun Ebersole at the McWane Center (and emailing Mary Beth Prondzinski at the State Museum in Tuscaloosa), planning upcoming research.

Later, we took a long walk at the botanical gardens. We haven't missed all the spring flowers. And we saw three lizards – two five-lined skinks (Eumeces faciatus) and a very young Carolina anole (Anolis carolinensis), plus swallowtail butterflies, and honeybees, and bumblebees. The sun was so warm it was almost hot. The foot is much healed, and I can walk without much discomfort. But I've gotten woefully out of shape.

Tomorrow is another off day, and then I come back on Saturday to write something for the March Sirenia Digest (No. 158).

Oh, and Jill Roberts at Tachyon sent me word that the New York Times had done a very nice review of The Very Best of Caitlín R. Kiernan. 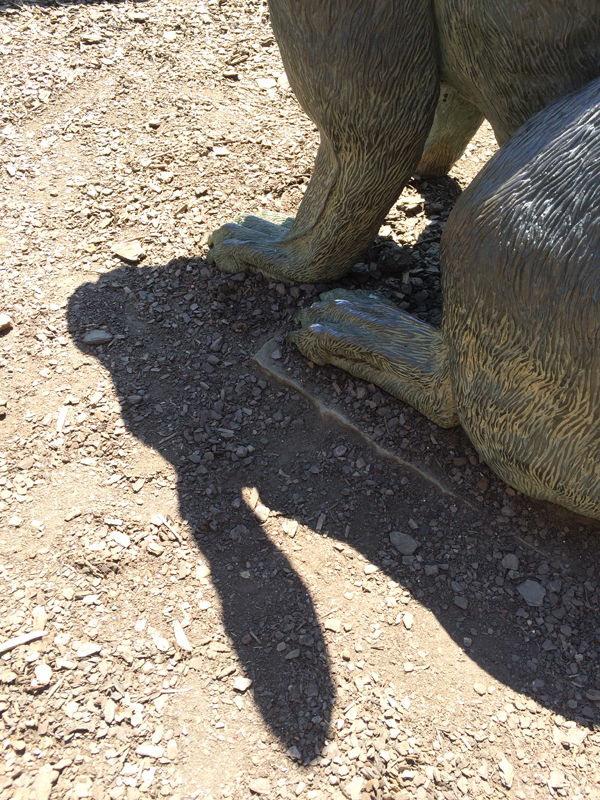